***Read More Stories from other participates around the globe at bottom of this page.

Tito’s to the Max

“They’re giving out Tito’s! The big ones!” Charity – in her Valley Girl costume (so lame) yells at us and runs off with her trendies, leaving our door open and Squirt standing there in his dragon jammies holding the candy bucket and looking confused. Doug looks up from the couch.

So we left Squirt in charge of the candy as we jogged over – Elvira and Dracula, it’s OK, we could totally see him – and wait in line. There’s this guy, dressed total hayseed – OK, so hayseed with loot.

I give him a smile – all fangy delicious -and a shake. “You know it, honey!”

I get an extra one. Cause Elvira is the total bomb.

And Charity’s right, they’re not the bite sized, they’re the one pound blocks, sugar coma in a wrapper. Score! We go back, and Squirt has left the door open and is sitting in front of the TV watching Elvira and Poe and good stuff. The bucket of candy is on the porchette we have, not even a full porch. We pull it inside, but everyone is still down at hayseed’s grabbing Tito’s because, major score.

Doug pulls out his – raspberry, très magnifique, better than the cherry or butter rum – and gets a plate and cuts it apart. Squirt gets a bite, because, total sugar coma. We cut off bits because there’s only so much cakey-marshmallow-raspberry-cararmel-fudgy-nougaty-yumyum you can handle at one time. I put my two on the table for later and we watch Poe. Because Poe is bitchin’.

I wake up later, Doug’s face in my pumpkins and Elvira is doing her thing and there’s a scratch at the door. Not a knock, a scratch. And I think Squirt the dragon got out, but no he’s in sugar coma land in front of the TV. I get out from under Doug and pick up the bucket. “Like, stop scratching, I’ll be right there.” And I primp up and get the honeys ready and I open the door

And I SLAM the door shut just ahead of Huge Fugly ripping at me, claws wrap around the door and I AM TOTALLY B-SCREAMING MY HEAD OFF “DOUG GET UP HOLY FUGLY” Candy goes everywhere and metal bucket is hitting over and over, bits of the black paint and glitter bats coming off but “GET UP HELP!”

He rocks, head comes up, door loses a big piece and Fugly growls and tries to take a piece out of my shoulder “GET OVER HERE!”

My total hero Doug Rocks and totally smashes he body into the door and Fugly howls as it loses a claw – yeah, a claw, like complete animal claw! – in the frame, but there’s a hole and the two of us are shoving and screaming and I’m hitting it with the bucket and M&Ms everywhere, total Shining “Here’s Johnny” moment, it opens a mouth full of fangs Evil Pac Man –

Squirt throws a Tito’s for distance, total bullseye! Thing’s mouth shuts and it inhales – BZZT Wrong Answer! Candy sticks and it’s head is going back and forth only Doug puts it in a headlock and the door frame cracks and – it’s totally stuck!Squirt is throwing M&Ms and Mary Janes and Charleston Chews, and Doug shoves another Tito’s down it’s throat, and I’m screaming and beating everything with the bucket –

It’s eyes go up in it’s head and bloomp, it’s out.

I stare at Doug. Dracula has seen better days, but he’s not bleeding. The twins are fine. My dress is –

I decide it wails. Totally Elvira in Shreds. Aces.

Doug opens the door, and it falls down, still snoring. Big Fugly. Squirt keeps throwing candy at it. We get duct tape and everything else we could find that ties or glues or sticks and Fugly is totally Mummy.

And wearing hayseeds pants. Doug and I look at each other. He pockets the claw.

We look at the  phone but…

We get a blanket and drag sleeping creepy over to his house, and his door is open, so we drag him inside. And there’s Tito’s left, which is never going to happen, so we take them back and…

Yes, that’s what happened to the door, Dad.

Well, don’t spaz. I mean, Hello, Werewolf? You can, like, bill him for it or something.

What do you mean, no one lives there? Like, Tito’s! Ask anyone – 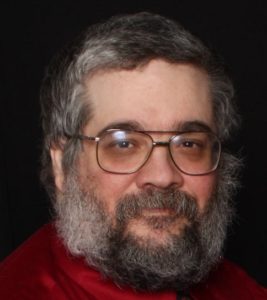 Visit Speculative Fiction Author around the globe by clicking on each link.
Till Death Us, by Fanni Sütő
The Cloud, by Karen Lynn
Data Corruption, by Barbara Lund
Wish Granted, by Kami Bataya
The Witch of Wall Street, by J. Q. Rose
#StorytimeBloghop Grim Reapers on a Field Trip #FlashFiction #SFF, byJ Lenni Dorner
Unwelcome Vistors, by Bill Bush
A Writer’s Morning, by Katharina Gerlach
Unverified, by Erica Damon
Tito’s to the Max, by Chris Makowski
The Boon, by Juneta Key
Recommended Reading, @ Raven O’Fiernan
Sanctuary, by Elizabeth McCleary