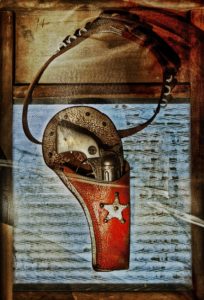 The Widow by Vanessa Wells

It was summer, so there was a little food to spare.

Not like midwinter when I would have felt guilty for taking a mouthful of soup from my son’s belly.

Besides, in order to have a dumb feast, you needed all the dead man’s favorite foods.  And my John had loved the fresh food in summer.

Midsummer eve, I readied it, just as my old grandma had told me when I was a child.

I started with watermelon.  I even took a bit for myself.  It was sweet and crisp across my tongue, cold from being down in the well all day.  Next, I halved a slice of fresh bread, a bit of cheese, and poured out a thick chicken soup that had been his favorite before he got ill.

It wasn’t much to lure the ghost of my husband back, no wine, so spirits, but that was too dear for me; I had to hope he’d come because I desperately needed his advice.

Hot tears clouded my eyes, making the candles on the table shine like stars.  I felt a warm hand wiping them away.

I didn’t speak; speaking would break the spell.  I had carefully written the problem on a piece of paper.  I pushed it toward him.

“Luke is taking an apprenticeship?”  He frowned.  “With James Morgan?”

I nodded.  Morgan had been part of the reason John had died.  He’d shot the last doctor in the territory during a drunken card game.

My dead husband sighed, “And you want to stop him.  Sarah, you know the boy is just trying to look out for you.  Morgan’s a bastard, but he’s a decent blacksmith.  Luke will learn everything he knows in just a few years…then he’ll be able to set himself up somewhere else…”

I pointed to the last part of the letter.  The part he hadn’t read.

Even for a ghost, John went pale.

I saw the anger in my husband’s eyes.  I didn’t like James Morgan, be if he’d demanded I marry him to train Luke, I supposed I might have considered it.  It might be better than starving.  But Morgan was married, and what he wanted from me had nothing to do with honorable wedding vows.

“Luke doesn’t know.”  John’s words were a statement.  No, my son had no idea of the private price I would pay if he took this offer…but it was a small town, and it wouldn’t take long for everyone to know.  He might be able to set up somewhere else, but with a whore for a mother, he’d never be able to live here, in this house that John and I had built.  I wouldn’t live to see my grandchildren if we took this path, because in this town once you took a man who was not your husband to your bed, others would follow, whether you wanted them to or not.

I felt the tears run hot down my face.

My husband reached out to me, but he couldn’t touch my cheek.

“Don’t do it.  Take the boy, go to a city somewhere.  You’re a great seamstress.  In a bigger town…”

I shook my head.  There was no money to set up in another town, and my poor husband didn’t know how little seamstresses made.

I gave him a wan smile.

Calling John had been a mistake.  He’d been happy in whatever afterlife was waiting for a good hardworking man.

The problems of the living shouldn’t bother the dead.

The spell broke, as I’d known it would.  A single word was enough to break the dumb feast.  The silence of the living was the price to speak with the dead.

I cleaned up the food…it had aged, food for his spirit for those precious, precious moments.

The next morning, head held high, I wrote Morgan and told him that I accepted his ‘generous’ offer.  I sent my son to town with the note, with permission to visit a friend once it was delivered.  I knew my Luke, it would be hours before he came home.

John Morgan would be much quicker.  He and I would have plenty of time.

I waited silently as an hour passed and I heard the quiet noise of a man on a horse outside my door.

He didn’t knock.  I looked at him emotionlessly as he stood in the doorway my husband had built with his own two hands, leering.

I didn’t flinch as I pulled the trigger of John’s old gun, nor as I went through James Morgan’s pockets after he sputtered his last.

After all, when you are a widow, every bit helps.

Welcome to another chapter in Storytime Blog Hop.  We have 10 new short speculative fiction tales from authors around the world.  Links to all the author’s stories below.  We love hearing from you.  Please leave us comments.

A Snow White Morning, by Katharina Gerlach
The Letter, by Juneta Key
Trick or Treacle, by Angela Wooldridge
Sugar in the Raw, by Karen Lynn
Inferno, by Fanni Soto
Tae, by Barbara Lund
Interstellar Student Exchange, by Raven O’Fiernan
The Ghost Fighter, by Bill Bush
Hare, by Elizabeth McCleary
The Widow, by Vanessa Wells<–YOU ARE HERE