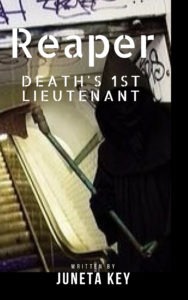 (Note: It was pointed out my tense might be a little off in places.  I hope you enjoy the story any way I worked on it until the last minute and the scheduled post went live. So, did not get other eyes on it as I would have liked first. This world is intended to be set in my Moon Hollow series world and may change.)

So it begins…
The Fey Wars overflowed into the human world.  Magic cracked the ley line grid that laced the globe.  Fairy Magic hit the human realm like a nuclear explosion changing its face and human awareness forever.

The Apocalyptic effect brought much death, human and other, alike. Fey magic mixed with ancient earth magic having an odd effect on the world’s technology. Sometimes it worked, and sometimes it didn’t, and sometimes the unexpected happens.

August hated old cemeteries. Three-fourths of every city were graveyards since the Emergence reshaped the globe.

He hated that relentless tug within himself that beat at him, a ticking bomb that insisted he move when he needed to rest, toward this place, this city. The Seer had spoken of his destiny, but the darkness inside him screamed he was no hero.  Destiny had nothing to do with why he was here.  His family was here.  He needed to know if they survived.

He combed through the ruins of what had once been his childhood home scooping up a Spiderman toy that belonged to his youngest brother, Justin. He’d be thirteen now if he survived.

Rubble and Ash. Could they possibly still be alive?

The cataclysmic events over the past three years had transformed the world.  It had taken that long to return.

“You won’t find them here August.”

“I don’t know. Everyone in this area was buried in the east section, lot 490 in Weeping Willows Ridge. If you don’t find them then there is a good chance they are still alive.”

“Yes, sir. You okay here. You need anything?”

“I”m good. You go find your family. If you come back through,” he nodded at his house, “stop by. I don’t plan on going anywhere.”

Weeping Willow Ridge had tombstones lined domino style, row after row, its edges surrounded by a city in collapse. A suburb of graves.

August spent two hours scouring the entry wall for names and lots. He found one he knew.

He walked the rows until he found her grave.  Squatting, he traced the letters on the stone. Emily had been two last time he saw her. She’d be six now.

“August, why you crying?”

August’s hands hit the dirt stilling his backward fall before his butt found the ground. His breath hitched and his heart hurt.  He shut his eyes thinking the small apparition that was his sister was in his imagination.

A touch like breath caressed his face. “It’s alright. I’m the Har… Har-bring- ger, Harbinger. She said, ‘It’s my destiny’.”

“Who?” Emily didn’t answer. She just took August hand and tugged hard. He turned. A dark figure rode toward them on a motorcycle. There was no sound.

This was not how August imagined Death: black leather, long dark hair, piercing silver-blue eyes and tattoos. Tattoos that sometimes moved. It was hard not to stare. Death’s aura felt physical. And that irritating tug that had been nagging for three years, well, it was screaming at him now.

“August William Singh its taken you long enough to arrive. Time does not stop for the living. Let’s go.”

“So, I’m living?  Good to know.  Where are we going?”  The shock was wearing off.  The sinking feeling in his stomach eerily warned he already knew the answer.

“To raise the dead, Reaper.”

Reaper, by Juneta Key <–YOU ARE HERE!
Snow White Tabloid Style, by Fannie Suto
Starving Artist, by Samantha Bryant
The Halloween Dance, by Barbara Lund
The Ghost In My Yard, by Elizabeth McCleary
Her Majesty, by Katharina Gerlach
No Story This Time, Just Offering Support. Give a Shout Out-Say HELLO to Chris Bridges
Black Moon, by Lauren M. Catherine
Poe’s Heart, by J. Q. Rose
Hanks A Lot, by Joe Bouchard
In The Gray Lake, by Karen Lynn
The Right Honorable Brotherhood of Spirits, Poltergeists, and Ghosts, by Vanessa Wells
Life of a Pumpkin, by Bill Bush
Why Should I?, by Gina Fabio