Welcome to January 31, 2018 Storytime Blog Hop.  Today I am doing something different.  I am hosting 2 of my fellow Holly Lisle classmates and writer-ly colleagues on my blog, Writer’s Gambit.  I am honored to give you Chris Makowski story … 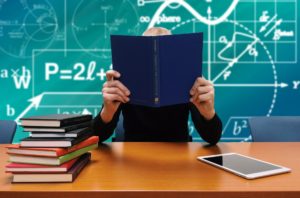 Shirley arrived ahead of the bell. Most of the other students weren’t even in their seats – they meandered around, typed on their phones, talked in small groups. At least that nice man from the lab next door had pointed her in the right way, unlike those others in the bookstore.

She pulled her snood tight and retied the bow, then began unpacking her bag onto the short desk provided, muttering about tables and times. Two of her pencils had lost their points – but there wasn’t a pencil sharpener at the front of the room? Good that she packed one in her bag. Always be prepared.

“Professor?” One of the girls had come over. “Can I help you get ready?”

“What? Who? Me?” Her cheeks went into full bloom, “No, I’m not the one teaching this class…”

“Heavens no. I’m -” she took out the sharpener and twisted her first pencil into place. “Studenting.”

“Oh.” the girl faded back, having lost all interest in the strange old woman, Shirley muttered to herself. Two notebooks, liquid paper, three pencils, and a highlighter.

“Hello, I’m Professor Kenton,” Students moved into their seats as the teacher – Professor, Shirley corrected herself – slammed down his books and wrote his name in large letters. “Journalism is not simply English as I’m sure many of you will be shocked to know. Journalism is a skill – the skill of coming to know something through your questions, and communicating that knowledge through your writing.”

“What about videos?” the girl didn’t even raise her hand – how rude!”

“Video journalism is something as well, Miss -”

“Miss Kathy.” Sounds like one of those girls in the Westerns. Shirley dutifully wrote down what the Professor said, noting many of the other students were pointing their phones or sitting with their laptops open. Many were still plugging away on their phones. Disrespectful. The homework wasn’t that hard – two chapters tonight, then three for the rest of the week.

At least he didn’t call on her that day. Or the next. The Professor announced – announced no less! – there would be a test on Friday, all class, open note. She’d have to work quickly to get all her notes in order.

“Excuse me,” she asked Kathy, “are you holding a study session? I mean, I’d bring something, of course -”

No one stayed. She picked up her notes and her books. And was the last out. Again.

Shirley balanced her umbrella against her chair and shook the rain off her hat. Professor Kenton had arrived before almost everyone else, and was conversing with that same nice man. She might offer to clean that white coat of his, it looked gray and grimy and there were all those bits stuck and melted into it. Borax, that was the thing. And she could use a needle, fix those holes right up. Before she got up her courage to thank him, he was leaving by the side door. The Professor eased back in his chair, a pile of papers beside him.

The class ravaged their way in, talking and laughing and making jokes. Such jokes! Her mother would have washed her mouth out with soap for that!

Professor Kenton cleared his throat and the noise lowered to a dull roar.

“Class, normally I’d give you the full period to finish the test,” he began. Shirley paled, wondering if she’d packed enough pencils. “But I’ve made this a little more intense, so you can use the study period afterwards. And as we’re a Journalism class, I’ll allow you to work in groups if you choose.”

Miss Kathy laughed. “Can we leave early if we finish?”

“Absolutely,” The Professor put his feet up and opened a book. “As long as you stay in this room, you can do what you want.”

Shirley wound her watch and put it on the edge of her desk. Won’t be caught napping, I can do this. At the Professor’s gesture, every student came down and picked up a copy of the test – Shirley lagging behind as usual, hips just aren’t what they were – and as the last one sat down, he lifted his hand and said “Begin.”

With a spark, all the lights went out.

“Hey? What gives? My laptop just cut out.”

Shirley looked around. The lights in the room flickered, and the red emergency lights came on. Flashlight, flashlight, ah, she’d put it in her purse. The other students turned the lights on on their phones. At least everyone could see.

“What happened to reception? Don’t we have wifi in here?”

The Professor didn’t look up from his book.

“What do you mean, no signal? Like, what the hell?”

Laptops were shook. Phones were lifted. “Maybe there’s a signal outside?”

“You leave the room, you’re done with the test,” The Professor took a drink of coffee.

“Land sakes!” Her voice boomed over all the twittering. “It’s just a power out! Happens all the time – well, less now, but it always happened. Just take your notes and do your work!”

“Easy for you to say, Gramma!” Miss Kathy’s mascara had begun to run from her panicked tears. Need to get a better brand. “No phone, no laptop, no internet – how do you expect us to take this test?”

Shirley clicked her tongue, noticing other students had taken an interest. “What, you don’t read? You don’t pay attention? It’s in your brain, your head! You don’t need this internet to take a test!”

“But all my notes were on the cloud!” Kathy bawled again.

“Cloud? Feh.” She shook her head. “Professor, you said, groups we choose, yes?”

“Great! You!” She pointed at one of the other eyeglass wearers. “You look like smart boy. So, tell me, you know purpose of Journalism?”

Monday, she came in early as always. When they were all in place, Professor Kenton breezed in, passed out the papers – noting the class as a whole had passed with A’s – and asked if there were any questions. He wrote an assignment on the board and dismissed the lot of them. Shirley shrugged, and started to put up her supplies.

Kathy tapped her on the shoulder. “That was, well, nice of you. For all of us.”

Shirley’s cheeks burned again. “Just, well, we’re all in this together, you know?”

“I think, I think yes I like that.” A smile grew on Shirley’s face. “Maybe I introduce you to my grandson? He’s going to be a doctor, you know.” 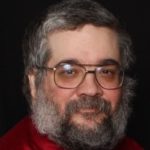 STORYTIME BLOG HOP PARTICIPATES – Click the links and read more stories around the globe.  And don’t forget to scroll all the way to the bottom of the post and leave us a comment.  We all love those.

#IWSG September: What Is Your Idea Of A Successful Writer?