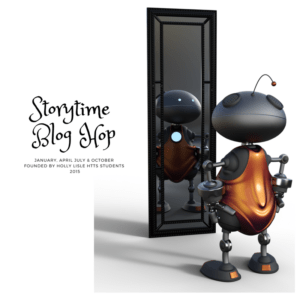 My offering for Storytime Blog Hop.  I am working on a story about a raven, but I still need to work out the last half in a more satisfactory manner, so need to rethink it.  I decided instead to present The Raven’s Profile which gives you a taste of his personality and tells a little bit about him.  I hope you enjoy.   The profile is subject change as the character develops.

(Note: The profile may sound a bit cliche, but the point was to capture the voice of the character.)

I’ll just say it.  I am a Raven.  Yes, black feathers, dark long beak, tiny black beady eyes.   I get a lot of bad press because I’m omnivorous.   A bird has to eat.  In the wild, you take it as you can find it.  I like to hunt with the wolf.  I spot it.  He kills it.  We eat it.  As for the city, another man’s garbage is a raven’s banquet, if you can keep from getting shot.  Man is awfully protective of his garbage.  It’s not like he is going to eat it.  I like to hunt with man’s metal beast too, but if you feast on roadkill it’s a game of dodge the other four-wheeled beasts just to get a bite.

It’s also true I’m a bit of a kleptomaniac.  I like shiny objects; however that story about me trying to steal the sun, moon, and stars is false, never happened.   You believe me, don’t you?

I do have one lofty mission in life, despite man’s determination to see me as a symbol of doom and gloom.  I am not a harbinger of death.  I smooze with angels.  I’ve been chosen.   I escort souls across the chasm of light, so they don’t get lost.

And yes, its light, not dark.  Not all things that shine are good.  AND, not all things that are dark are evil, like me.   I can tell you what is the root of all evil though–Boredom!   That is when trouble generally finds me.

The thing is I crave variety; the spice of life.  I’m not good with routine, nor am I much of a team player.  I don’t like all that death stuff either.  It’s depressing.  The soul part is all good, but it is the living souls that fascinate me.  Departed souls can be resistant because souls don’t always want to cross right at the moment of death.  Then I have to stick around till they get their shit settled, or they decided to stay in that half-life status.   It’s rather ironic that I have the nature of a forager and the mission of Angels.  It’s got to be some kind of test or cosmic joke. Right?

STORYTIME BLOG HOP PARTICIPATES – Click the links and read more stories around the globe. And don’t forget to scroll all the way to the bottom of the post and leave us a comment.  We all love those.