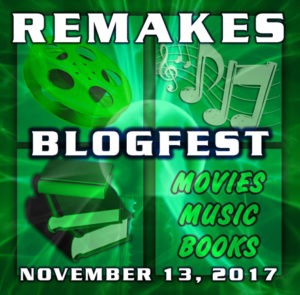 I like the remake of Ghost Busters.  I did not expect to like it after reading all the hype and negative critic reviews, but I think the girls did a FANTASTIC job! I already owned the original three, but I bought this one too.  When I got over expecting Bill Murray similarity and male leads,  I appreciated the movie for the great performance the girls brought to it.

I have fun every time I watch it.

Beauty and the Beast

I was not expecting much with Beauty and the Beast, but I think Disney did a great job and capture the thing we all love about it.   Emma Watson gave an enjoyable performance in a fairy tale that was not Harry Potter. LOL

A favorite book turned into a movie

Harry Potter and the Sorcerer’s Stone

I thought the first Harry Potter movie was on spot with the book.  It was the first time I was as captured by the images on the big screen as intensely as the images that played in my mind when I read the book.  I was in total awe.   I have not experience that between a book and film since.  Most of the time the movie disappoints if I have already read the book, but Harry Potter did not.

This was not a remake so to speak, but an attempt to capture the theft of the Death Star plans in a prequel version to 1987  Star Wars movie A New Hope.  They actually kept some of the original connections, so to the first generation of Star War lovers, like me, it felt true and coherent to the new timeline connecting both old and new.

I am thrilled so far with the new movies.

Here is what Wookieepedia has to say about the making of Rogue One and the Death Star Plans.   “The means by which the Death Star plans were captured by the Rebellion was the subject of numerous, mutually exclusive stories in the Expanded Universe of Star Wars, later rebranded as Star Wars Legends, leading Pablo Hidalgo to comment that “…if you had to throw a dinner party and invite everyone who had ever stolen the Death Star plans, you’d be surprised at how many place settings you’d have to worry about”. The canonical theft is depicted in Rogue One: A Star Wars Story.[6]

The most popular retelling of how the New Republic got hold of the Death Star plans has often been attributed to the Bothan Spy Net who features a lot in the expanded universe books now called Star Wars Legends.   Yeah, I have read the majority of them.  My faves being the X-Wing Series written by Michael J. Stackpole and Aaron Allston.  I learned recently that Aaron Allston died which made me sad. He wrote Wraith Squadron while Stackpole wrote Rogue Squadron.    I also love the New Republic Commando series by Karen Traviss.  And Thrawn series by Timothy Zahn.