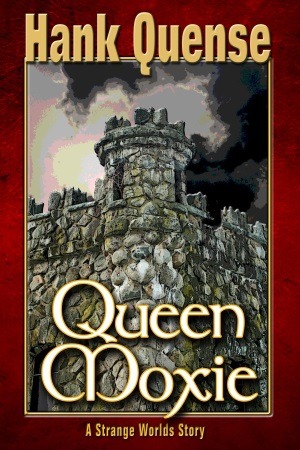 The Beltane celebration was going strong when the King of the Forest Fairies, Oberon, arrived. He rode on his portable throne carried by eight burly fairies. In the center of the clearing, the porters placed the throne on the ground. All eight collapsed from the exertion of carrying the obese King. Oberon was four feet tall and bald. His facial features were almost hidden in folds of fat. He wore a green tunic shot with knitted images of leaves and vines, plain dirt brown pants and a crown of gold fashioned to resemble interwoven vines. The material in his tunic and pants could have clothed a dozen fairies.

The fairies in the clearing — hundreds of them — stopped eating, drinking and dancing momentarily to bow their heads to Oberon, who acknowledged them with a wave of his hand. The fairies all wore forest green tunics and matching pants enabling them to blend into the forest surroundings.

Beltane celebrated the end of spring and the beginning of summer and was the favorite fertility festival of the fairies.

All around the clearing, fires roared and cast strange shadows. Pairs of fairies held hands and jumped over one unusually small fire, a rite that hand-fasted them. At many of the fires, fairies cooked food that was consumed as soon as it was finished. Kegs were emptied soon after getting broached.

Oberon roared to one of his porters, “Fetch me some lily bundles. Six will do for now.” Lily bundles were a favorite food of the fairies and consisted of a measure of dried pond scum wrapped in a lily pad and toasted. Dried pond scum had to be used because it was too early to harvest fresh pond scum.

“You,” Oberon roared at another porter, “get me a drink.”

“Yes, Lord.” The fairy groaned as he stood up. “Do you want dandelion wine or acorn beer?”

Titania, Oberon’s wife and Queen of the fairies, approached and placed a hand on his meaty arm. She had beautiful facial features, but because she rarely smiled, those features were frozen into a frown. She was slender and shorter than Oberon.

“I hope you won’t drink too much tonight and make a spectacle of yourself. You’re much too fat to dance. If you try you’ll probably break something.” Titania raised her walking stick and shook it in Oberon’s face. It was made of oak and had a knob on one end. Whenever anyone angered her, Titania would smash them with the stick. The back of Oberon’s bald head was covered with indentations and bumps.

“There are many fires about, Titania,” Oberon snarled. “If you hit me with that stick, it will feed one of the fires.”

Titania wandered off to the closest fire and chatted with the fairies there. A scout approached the throne. He carried a bow in his hand and had a quiver of arrows on his shoulder. “Where have you been?” Oberon asked. “I haven’t seen you in over a week.” “I’ve been watchin’, Lord. Humans have landed across the bay and I’ve been keepin’ an eye on them.” Titania joined Oberon to hear the scout’s report.

“At first there was only warriors in three boats, but now twelve more boats have arrived carryin’ many more warriors with women and children. They even have a few goats and chickens in each boat.”

Oberon waved a hand. “Humans are always showing up unexpectedly.”

“You fat fool,” Titania snarled. “This bodes trouble. The humans breed like rabbits. It won’t be long before they need more land. And where will they look for it? Here, in our forest, that’s where. That’s how we lost our land to Powys, thanks to your indifference. This time you must pay attention and protect our trees.”

“Hmm.” Oberon rubbed a hand over his jowls. “Perhaps you’re correct, my dear.” To the scout, he added, “Take a few more archers back with you. Watch over the humans and send someone back with reports.”

The scout knuckled his forehead and backed away from the throne. He walked to the cook fires and devoured a few lily bundles then washed them down with acorn beer. After that, he disappeared into the forest accompanied by a lithe female.

“You better do more than watch this time,” Titania said.

“Leave me. I don’t want you nagging me.” Oberon, despite his appearance of disdain, was troubled by these new humans. He sensed they would be the start of troubling times. Oberon hated situations like this. No matter what he decided or didn’t decide, it would lead to bigger and worse problems. Why couldn’t the humans bugger off and leave him to eat, drink and be merry? 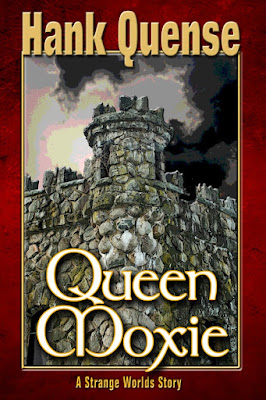 I’m happy to welcome author Hank Quense here today as he is on tour with his latest release, QUEEN MOXIE.
Come join in the fun and enter to win one of the wonderful prizes being given away by the author.  First, a summary of the story.
In this humorous tale, it is now ten years since Moxie became Queen of Usca in south-west Britain. A tribe of Picts shatters her peaceful reign by migrating from the
north and occupying territory just outside her border.
Moxie decides to build a fort to help control the wild Picts. To her surprise, she discovers that the fort has been built on land claimed by the forest fairies. Oberon, the King of the fairies, destroys the fort using magic.  Moxie threatens Oberon with military might. Oberon threatens Moxie with magic. To counter Oberon, Moxie asks Camelot to send Merlin to help her out and Arthur agrees.
Once Merlin arrives, Moxie demands that he confront Oberon and use magic spells to defeat the Fairy
King. Merlin isn’t thrilled by the request. Moxie wants him to cast field magic spells, a type of spell casting that Merlin has never been able to master.
The Picts hear about the fort and decide Moxie has become hostile. They determine to attack rather
then wait for Moxie to attack them.
Meanwhile, Moxie’s only child, the ten-year-old daughter, Aethelwine, decides she won’t be the
next queen, leaving Moxie without an heir.
Tristan, a Knight of the Round Table, has been exiled by Arthur for insulting all the nobles with his songs and is staying in Moxie’s castle. He is working on a play to be staged in Stonehenge. Tristan hopes the play will end his exile since it praises King Arthur and Camelot.
Faced with threats from the fairies and the Picts, Moxie decides to take on the fairies. Merlin tells Moxie and Oberon they are both idiots for fighting each other when the real threat comes from the Picts who will be able to conquer both after they fight a battle and are weakened by casualties.
Moxie and Oberon agree to a treaty and combine forces to confront the Picts who have been reinforced by boatloads of warriors.
Can Moxie and Oberon convince the Picts to back down?  And what about Aethelwine? Is Tristan’s play any good?

For those who aren’t familiar with the author, here’s some background on him. 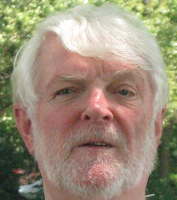 Hank Quense writes humorous and satiric sci-fi and fantasy stories. He also writes and
lectures about fiction writing and self-publishing. He has published 19 books
and 50 short stories along with dozens of articles.
He often lectures on fiction writing and publishing and has a series of guides covering the basics
on each subject. He is currently working on a third Moxie novel that takes
place in the Camelot era.
He and his wife, Pat, usually vacation in another galaxy or parallel universe. They also time travel
occasionally when Hank is searching for new story ideas.
For more on Hank and his writing, visit his Amazon
Author Page.

Now for the giveaway.

The giveaway will consist of 5 eBook copies of QUEEN MOXIE, 2 eBook copies of PRINCESS MOXIE, a 2-book boxed set. Click on the Rafflecopter widget below to enter or click here.

Thanks for stopping by during Hank’s visit. Would you want to be the next heir to a kingdom?