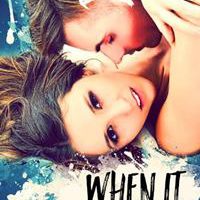 When It Hooks You by Nicki Elson Romance & Humor

Thanks, Juneta, for welcoming me into your spotlight during #ComedyBookWeek, an annual online celebration of humor in writing. Although I don’t write flat-out hardee har har stories, humor plays an integral role in my books. I refuse to get dragged down by the heaviness of this life, and I won’t let my characters, either.

However, writing love stories dictates that my main characters get dished a healthy dose of melancholy at some point. Trish, the lead in my newest release WHEN IT HOOKS YOU, gets a larger serving than most. She’s a strong, confident woman knocked off her stylish high heels by a curve ball she never saw coming. But don’t worry—I’m not an ogre. I gave her lighthearted friends to keep her from sinking too low.

Engaging side characters are a great way to regulate the tone of a story. I usually have a variety of them to call upon as necessary. When I wrote Trish into what could’ve become a pit of despair—a mood incompatible with the rest of the story—I summoned JoJo to add some levity to the situation…


Excerpt from WHEN IT HOOKS YOU


[This is a scene right after Trish learns Adam’s disturbing secret. Instead of wallowing in misery, she calls a friend.]

“Are you going to get drunk and cry?”

After a brief pause, JoAnne asked in a cautious, vaguely robotic tone, “Do you want to talk about it?”

Trish could practically hear Jo’s relief leaping from cell tower to cell tower. It was a confirmation that Trish had called the right person. Any other friend would’ve tried to coax her into letting out her emotions. Trish knew very damn well that was exactly what she didn’t need. The only thing she wanted to do with her feelings was slay every last one of them. Her weapon of choice—Jose Cuervo.

“Get on your party pants, girl,” JoJo said. “We’re goin’ out! Any requests on where?”

“Any place but a blues bar.”

The night passed in a haze of tequila shots, dancing, and plentiful slurs on the despicable quality of men in general. Jo never asked for details about Trish’s breakup. She implicitly accepted that the guy was “a major dickweed.” A group of JoAnne’s friends appeared at some point, joining the party.

The wee hours found the two girls sitting on a curb, waiting for other members of the group to hail a cab. JoAnne leaned her head on Trish’s shoulder. “For the record, I don’t wan’ t’ see yer heart smashed. Sometimes the jealoush bitch in me takes o’er my mouse…mouth.”

“I love this moush.” Trish reached her hand around to smoosh Jo’s cheeks together. That was the last semi-clear memory she had of the night. 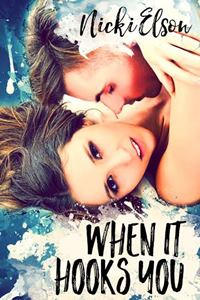 WHEN IT HOOKS YOU is available at Amazon.
Free to read in Kindle Unlimited
Learn more about Nicki’s books at nickielson.com
Three dates. It was only supposed to be three dates—he was only meant to be a fling. I didn’t want to feel all of this for him. And I certainly hadn’t counted on him keeping such a deal-breaking secret from me.
Till death is too long for Trish Cerise. The twenty-seven year old receptionist is tired of men asking for her forever when she just wants to keep things light and fun. World-traveling businessman Adam Helms steps off the elevator and into her life with his own reasons for keeping relationships at a safe distance. Together, they’re destined for the most glorious short-term romance in history…until they break their own rules and Trish learns something about Adam she wishes she never knew.


I know a future with him is impossible, but how do you break away from such an intense, consuming, heart-crushing love when it hooks you? ~Trish
~.~.~

Nicki Elson writes spicy fiction with a sweet and dreamy center. She does other stuff, too…like obsess over Survivor and The Bachelor (and she’s not ashamed to admit it).

Writing fiction wasn’t something Nicki set out to do; it just sort of happened when she realized writing reports was by far her favorite part of her investment consulting position. She traded stock allocation and diversification for story arcs and dialogue and now weaves creative writing into her life with her family in the Chicago suburbs.