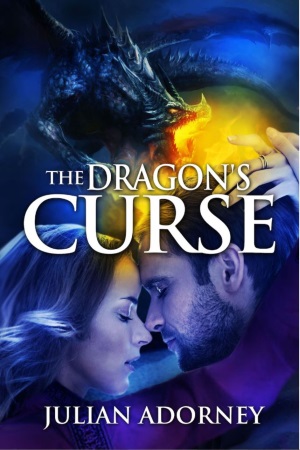 JUNETA:  If you were pitching this book idea to a publisher what would that pitch be? Include your logline.

JULIAN:  Princess Esmerelda, hunted by an obsessed king, struggles to survive and find love in a world where the Gods themselves want her dead.

When Princess Esmerelda stumbles onto a secret buried in the depths of her floating city, the God of Fate curses her.Within seventy days, she will die and her beloved kingdom will fall.

If Esmerelda is to survive, she’ll have to unravel the secret of why she was cursed and learn to beat a spiteful God at its own game.

Complicating her struggle is Parius, a dashing stranger with a mysterious past. He’s brave and noble and unpredictable, and she finds herself falling for him. But he has dark secrets all his own, secrets their budding relationship may not survive.

Their quest takes the pair to forgotten magics, beautiful witches in sleepy villages, and the ancient caverns of the dragons. But time is running out. Can the lovers defeat the God of Fate, or will they lose everything they hold dear?

JUNETA:  What was your favorite part about writing this story? Include any ritual or special place you write when you begin your day in the answer.

JULIAN:  I’m a night owl, so I spent a lot of past-midnight nights hunched over my laptop exploring this story. It’s very peaceful at 1am, quiet and easy to hear the story. I also wrote a lot of it when I was visiting Italy, and the awe-inspiring architecture really informed the castles you’ll find in The Dragon’s Curse.

I loved the adventure of this novel. Because of how I write, I didn’t know where the story was going to take me any given day; it was like reading a great book, it kept surprising me. For instance, when Parius confronts a witch about his curse, I was as surprised as anyone. And I didn’t know how the confrontation would go until I watched it happen.

JUNETA: Tell us about your main character in The Dragon’s Curse, Esmerelda.

JULIAN:  Esmerelda is the heroine I wish I found in more stories. She’s brilliant and strong, and solves problems and goes toe-to-toe with the villains. At the same time, she’s not cold and rude, and she’s not a Mary Sue; she has her own struggles, like trying to come to grips with the magic raging inside her.

And she’s genuinely one of the nicest characters I’ve ever seen. She has strong ideals and refuses to give them up. She always looks to do the right thing. And while her magic means she’s no slouch in a fight, that’s not what defines her. Her morals, her integrity, her kindness, and her intelligence make her my absolute favorite character.

JUNETA:  How much research did you do and what type?

JULIAN:  I spent three months in Italy, and got the chance to see their incredible architecture and tour some amazing castles. I actually snuck into the ruins of a 14th-century castle, the tumbled stones overgrown with grass and weeds–although that wasn’t 100% for research

I’m also a martial artist, so I tried very hard to infuse my fight scenes with the desperate, savage nature of a real battle. So many people think a fight is just poetry in motion. But it’s actually scary and brutal, and it moves fast.

JUNETA:  What was the most significant thing you learned writing this story? Your take away in your own personal growth as a writer or person.

JULIAN:  I wrote this story when I was grappling with issues of fate and free will, which is why Esmerelda is cursed by the God of Fate. I just couldn’t imagine a world in which my steps were pre-destined for me.

I’m still religious, but writing this story was cathartic: it helped me let go of my fear that my life was fated to X Y and Z, and really embrace the miracle of self-determination. When you can blaze your own trail, you can do anything (even if that still means praying for help sometimes)–and that’s a really inspiring theme for me.

JUNETA: Tell us Indie Authors what it was like setting up your website and getting ready to send your story into the world?

JULIAN: It was amazing. I have some experience building websites, so I was able to lavish the same care and attention on my website as I did on The Dragon’s Curse. That said, most of what I love about it is the images, which I didn’t have much to do with–I hired an incredible web artist to help with those.

Sending my story into the world is….exciting! I loved writing it; it’s the most fun project I’ve ever completed. I can’t wait for people to read it and experience the same wild journey I did writing it.

JUNETA:  Anything you would like to say to the readers before we close?

JULIAN:  Thanks for reading! The fact that you’ve read this whole interview means the world to me. I hope you love The Dragon’s Curse, and you can read the first chapter free now. 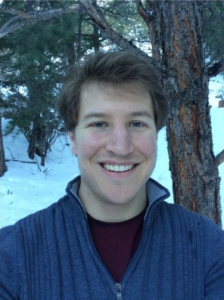 I explore, I adventure, and I refuse to ever grow up. Which is to say, I’m a writer.

I love to explore life, and climb trees or play soccer with strangers at 5am. I love to sneak into castles. I love to get out of my comfort zone. Mostly, I love to write stories for people who feel the same way.

Life’s an exploration, and I want to explore as much as I can. And that’s what you’ll find in my stories. Life off the beaten path is scary, but it’s also wonderful.

Link: Looking for a spellbinding tale of adventure, magic, and romance? Get the Dragon’s Curse from Amazon now 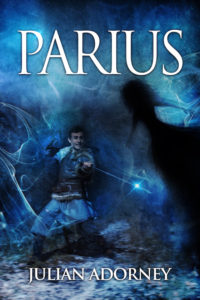 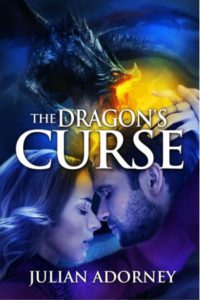 THE PREQUEL TO THE DRAGON’S CURSE  PARIUS: FREE ON AUTHOR’S WEBSITE