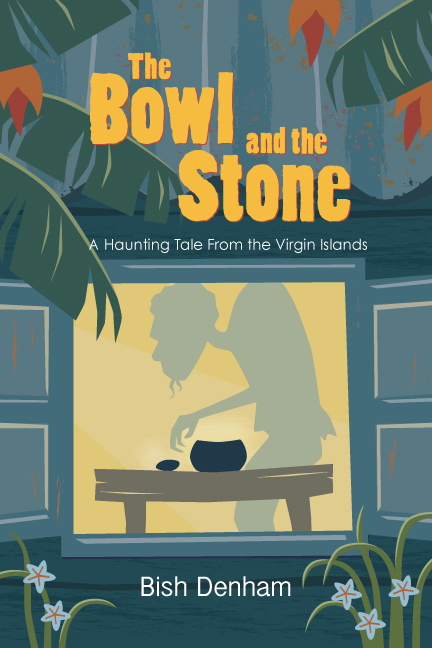 The Bowl and the Stone

It’s 1962. Sam and her best friend, Nick, have the whole island of St. John, in the U. S. Virgin Islands, as their playground. They’ve got 240 year-old sugar plantation ruins to explore, beaches to swim, and trails to hike.

But when a man disappears like a vapor right in front of them, they must confront a scary new reality. They’re being haunted. By whom? And why? He’s even creeping into Nick’s dreams.

They need help, but the one who might be able to give it is Trumps, a reclusive hunchback who doesn’t like people, especially kids. Are Sam and Nick brave enough to face him? And if they do, will he listen to them?

As carefree summer games turn into eerie hauntings, Sam and Nick learn more about themselves and life than they could ever have imagined.

Thanks for letting me haunt your blog, Juneta! (Your Welcome!JK)

Today I’m going to tell you a little bit about jumbies.

A jumbie, jumbee, or jumby is a spirit or demon in Caribbean folklore which has its roots in Africa. There are different kinds of jumbies which reflects the multi-cultural makeup of the Caribbean. They can be mischievous or malevolent. It is believed that jumbies can shape-shift usually taking the form of a dog, bat, pig, goat, or cat.

The reason cemetery stone walls are whitewashed is because jumbies can’t climb over them.

Ways to avoid a Jumbie

Never carry a light when walking at night, a jumbie will follow the light right back to you.

Jumbies can’t find you when you hide under things. Hence wearing a hat or carrying an open umbrella at night will prevent a jumbie from flying in your hair (usually in the guise of a bat) and driving you crazy.

Jumbies are mentioned in my book, The Bowl and the Stone: A Haunting Tale from the Virgin Islands. In it, Sam and her best friend Nick, are being haunted but they don’t know if it’s a mischievous jumbie or tormented ghost. They also discover that they’ll have to visit a place on St. John call Jumbie Bay.

Here’s a video of Jumbie Bay. In 1962, when the story takes place, the trail down to the beach wasn’t nearly so well developed! 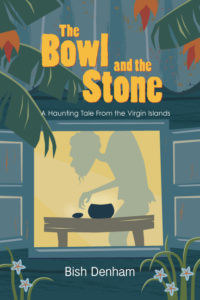 The next day is cloudy and gray, though rain is unlikely. At the top of the hill, out of Cruz Bay, we wait for Sour Sop and Trumps. When they show up, we get into Sour Sop’s Jeep and begin the last leg of a journey that had begun some 200 years before.

The trail into Jumbie is steep with few hand or foot holds. It’s difficult, even for Sour Sop, a strong man, to help Trumps down the rocky trail. One misstep and his feet could slide out from under him. Nick and I do our best to help without getting in the way. The climb out will be even harder. Once on the beach, Trumps leads the way. He leans heavily on a staff but walks with sure steps.

Nick and I have been over the trail between Dennis and Jumbie more times than we can count, but we’ve never seen a trail branching off going out to the point which separates the two beaches. Yet there it is, plain as day. As if drawn by a string, the four of us turn right and go up the path. Hidden amidst the underbrush, and shaded by genip trees, are the remains of several slave huts. 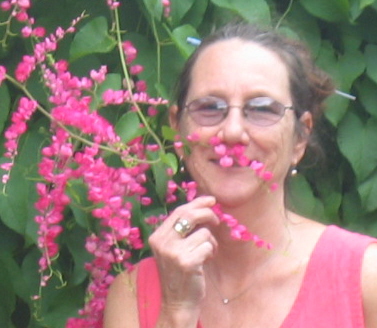 Bish Denham, whose mother’s side of the family has been in the Caribbean for over one hundred years, was raised in the U. S. Virgin Islands. She still has lots of family living there whom she visits regularly.

She says, “Growing up in the islands was like living inside a history book. Columbus named the islands, Sir Francis Drake sailed through the area, and Alexander Hamilton was raised on St. Croix. The ruins of hundreds of sugar plantations, built with the sweat and blood of slave labor, litter the islands. Then there were the pirates who plied the waters. It is within this atmosphere of wonder and mystery, that I grew up. Life for me was magical, and through my writing I hope to pass on some of that magic.”

The Bowl and the Stone: A Haunting Tale from the Virgin Islands, is her third book and second novel. You can find Anansi and Company: Retold Jamaican Tales and A Lizard’s Tail, at Amazon.com.

To learn more about Bish, you can visit her blog, Random Thoughts.  She can also be found on Facebook and Goodreads.