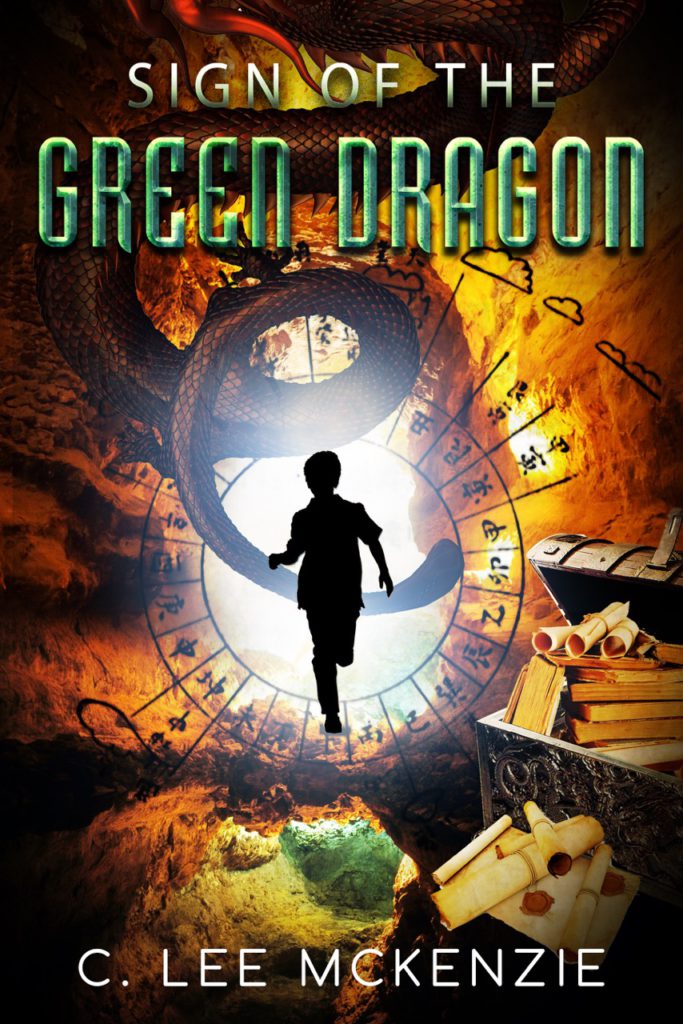 BOOK BLURB:  This hasn’t been the best year for Sam, and it just got worse. Right when he thought he’d found a permanent home, his finicky guardian tells him he’s shipping Sam off to private school. This means Sam won’t bat for his team, and if he doesn’t, Haggarty Elementary won’t win the baseball championship again this year. His two teammates, Joey and Roger, are determined to stash him in their secret cave—at least until he brings in the winning run.

While the boys explore the hideout, an earthquake crumbles a wall, revealing a hidden room—and it’s not empty. A dragon-carved chest opens to reveal a human skeleton, its hand-bones clutching a note with a crudely drawn map. At the top of the map is scribbled, 1859.

Sam, Joey and Roger learn about a treasure lying in wait, if only they can locate something called the Dragon Twin, reveal the truth about an old murder, and return a person named Mei Ling to her ancestors in China.

The boys are up for the challenge. But how? They only have the map showing the way to an old mining town, and some strange symbols they can’t understand. None of them can make sense of the note. Who’s Mei Ling? And what the heck is a Dragon Twin?

With time running out before he’s sent packing, Sam and his friends set out on an adventure that has much higher stakes than any baseball championship—one that gets them into trouble with a modern crime, pits them against ancient Chinese dragons, and reveals the true meaning of treasure for each of them. 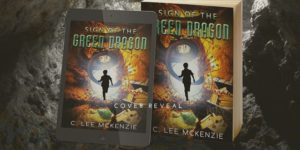 Middle-grade fantasy author C. Lee McKenzie is here to talk about her new book, “Sign of the Green Dragon” releasing August 3, 2016. She is the author of 12 middle-grade books and a series that reviewers are raving about, The first book in that series is “Alligator’s Over Head.”

Sign of the Green Dragon is a story about a young boy’s adventure with two of his best buddies in his search to belong and find a home after he loses his parents.


1. What inspired the idea for Sign of the Green Dragon?

I’ve always been fascinated by Chinese folklore and mythology. It’s so ancient and has so many rich versions of the same story. Also I read a lot about the Gold Rush era, and while I took some liberties with the history as well as the dragon lore, I think it’s a wonderful period to explore in fiction.

2. What was your favorite part about writing this story?

Being able to use what I know about the history and the myths, especially the one about Filial Piety. There are so many example of how children are rewarded for treating their parents with love and respect, that it’s clear how central that concept is to the Chinese culture.

3. What was the hardest part about writing this story?

Just getting the darned thing onto the page. I made all kinds of false starts, and then I’d stop. Then I’d think about it for a while, and I’d start again. I wrote four young adult books while this one was tossed in the back of my C drive. I never really thought I’d get it written.

4. What type of research did you do for this book?

I’d done most of the research already because, as I said above, I like the historical period and I like ancient Chinese dragon lore and their mythical stories. I did look into gold mining and the Chinese during that period. They were mostly allowed to mine only those mines that were considered “worthless” and that the Anglos had abandoned. Then they were often taxed off any property they did manage to own. I let my Chinese family hold onto their mine, but if they’d been truly successful in their mine, I would have seen to it that they lost it.

5. What was your favorite piece of research?

I got to read more of Laurence Yep’s books. That was my favorite. He’s a fabulous YA writer and captures the flavor of the Gold Rush and the Chinese workers better than anyone else I’ve read.

6. What did you learn from writing this story?

That I can do what I don’t think I can. As I said, I had a lot of trouble putting the story down on the page. In fact, I think I must have started this story at ten different places before I landed on the simple chapter with the scene between Sam and his uncle. The funny thing is, that’s where I had started the story earlier in my attempts, so I wound up back where I started years before.

I’m not sure. I know that’s not a good answer, but I have so many other projects going that I really don’t know if I can create more stories for the three young knights.

8. Do you have a special place or ritual you do before you start writing?

I do a lot of things just so I won’t have to write. I take hikes. I make lists. I dig holes in my garden even when I don’t plan to plant anything in them. I pace. I drink coffee. Then I sit at my desk until something happens.

9. What type of books do you read for pleasure?

Just about everything. I like some genres more than others, but I’m always in search of a good story well told. If I get that, I’ll read the book.

10. Any advice or tips you can offer for those wanting to write a book or self-publish?

Learn the business if you want to publish. If you’re just writing for your own pleasure, do that and enjoy it. Otherwise, tackle the reality of what it means to publish, market and sell books to the public.

11. Anything you’d like the readers to know before we go?

Just that I have a lot of fun writing for the middle grade reader. I’m sure I’m a middle grader at heart, so that’s probably why. It’s such a wonderful time in life when adventures are waiting. All you have to do is set out and you’re suddenly on a quest or escaping pirates or on a raft in an alligator-filled river. You can’t beat the excitement of being ten.

Author bio: I love to write for young readers. Sign of the Green Dragon is my third Middle-Grade novel. Alligators Overhead and the sequel, The Great Time Lock Disaster were my first two. I’m proud to be a hybrid author with three Indie books out along with four traditionally published young adult novels: Sliding on the Edge, The Princess of Las Pulgas, Double Negative, and Sudden Secrets. It’s fun to know both sides of this writing business.
When I’m not writing I’m thinking about it or scratching my head over how all of this started. 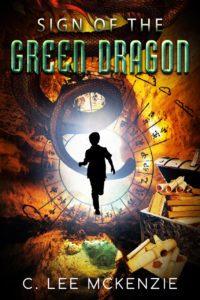