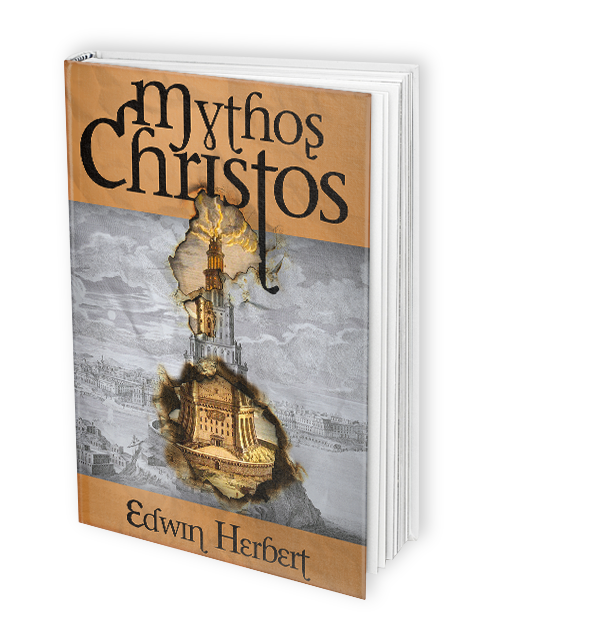 Were aspects of the Biblical Jesus narrative modeled on previous Greek and Roman mythology? Is it possible Christ never existed at all? Mythos Christos is a unique story, in that it entails a connection between two time periods (circa 400 CE and the present) and reveals certain information about the roots of Christianity everyone should know.

Hypatia of Alexandria wishes to preserve for posterity certain documents from the Library of Alexandria which have been deemed heretical by the orthodoxy – the truth about the mythical origins of Christianity. She develops an ingenious strategy for saving the manuscripts, a treasure hunt that would make the most jaded buccaneer drool. However, no ordinary pirate, or highborn archbishop for that matter, could hope to follow the Neoplatonist philosopher’s sequence of burials. Only one steeped in Pythagorean mathematics and Platonic mysticism, her philaletheian, could possibly track her obscure trail of burials and unlock the final cache. But Hypatia’s plan goes awry and her treasure languishes for sixteen centuries.

An American Rhodes Scholar, Lex Thomasson, finds himself hot on the philosopher’s treasure trail, deftly decrypting her linguistic and mathematical puzzles in succession using his peculiar knowledge and an ancient key: gematria – a table of Greek letters and their numerical equivalents.

Using this key, along with the Neoplatonist’s Book of Euclid – the “True Key,” Lex discovers ancient truths concerning mathematical relationships between certain Greek gods and, more astonishingly, numerical relationships in the Jesus tale as well.

Unfortunately, Lex is accompanied by a Vatican archivist, who is also a sociopathic killer with other plans for Hypatia’s collection of documents. Will the truth finally be broadcast to the world, or will the Church keep it under wraps, closeting their millennia-old secrets from the rest of the world?

Get it On Amazon 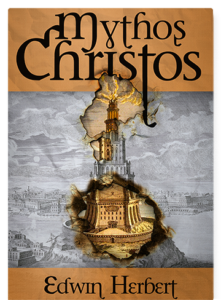 I am a huge fan of mythology.  As a reader,  the name of this novel drew me in.  I immediately googled the author’s website to learn about the book.  I also read other reviews on Amazon which just fueled my interest and curiosity.

Edwin Herbert’s website is packed with interesting information, research tidbits and articles, as well as an interview podcast.  It made me excited to get into a fictional story built around real historical figures and facts.

There are two ongoing storylines.  One in present day and one in the past in the early days of Christianity.  Edwin Herbert does a great job of blending the two stories and the intertwined connections.

The story starts in Rome Italy, modern-day 2006, in a most clandestine way, high intrigue and deadly secrets.  It picks up in Oxford England at Oxford University following an American student, Lex Thomasson, there on a master’s scholarship studying ancient history and languages hoping to enter the doctoral program.  Lex impresses his Oxford professor Ignatius Morely who recommends him for a paid translation assignment in Egypt so starts the present day adventure.

The second storyline starts in Alexandria Egypt 5th century at the Library of Alexandria with historically known figure Hypatia, a pagan and mathematician, in a very relatable scene of scholarly commandery which plunges straight into action in this venerable time.

The story knits together playing out in a worldwide treasure hunt of puzzles, riddles, and mysteries that propel a complicated story forward.  It holds surprising twist, makes you think and likable characters that keep’s you turning the pages.

This was another great read for me.   I will definitely watch for more from this author and followed his Amazon page so I can stay updated.

Years ago, I found myself at a confluence of surprising information regarding early “mystery religions” and previous myths upon which many of their themes were based. History scholars now know Christianity began as one such mystery cult—a Hellenized Judaism—complete with its own hero who was the product of a god and a virgin (a standard mythical motif). I even discovered curious mathematical relationships between certain Greek gods as well as in the Gospel tale itself. People needed to know this!

So I wrote Mythos Christos, first and foremost, to share knowledge about the roots of Christianity the majority of readers are unlikely to come upon.

This required years of research not only to come up with an authentic Alexandria, Egypt of Hypatia’s time (ca 400 CE), but also to be as accurate as possible in the historical detail of ancient mystery cults, Greek myths, gematria, linguistics and early Greek occult learning. Having contributed to a newspaper column called A Freethinker’s Perspective, which dealt with science, skepticism, and religious topics, I was prepared to take on the task.

But serious nonfiction works already existed which covered this recondite learning; some scholarly, others not so much. My challenge was to present it in a form far more entertaining and digestible than your average historical tome.

An optometrist by day, I had to tackle this project by moonlight, after the kids were in bed. Presenting the knowledge I wished to impart and placing it on the lips of my characters in a natural, authentic, and intriguing fashion was most challenging. Revision has been my ally.

Mythos Christos is difficult to pigeonhole into one genre. Half of the book takes place around the year 400 CE, while the modern story contains elements of historical fiction, archaeological thriller, suspense, and even gumshoe detective mystery.

It is the first novel which promotes the “mythicist” theory—the idea that the gospel tale is mostly, if not entirely, founded on myth. If you pick up Mythos Christos, don’t expect a copycat Da Vinci Code!  My novel is quite original, unique, and for better or worse, controversial! 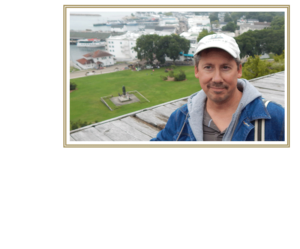 Edwin Herbert is an avid promoter of science and skepticism, a leader in his local freethought society, and has been a regular op-ed columnist. He works as a healthcare provider in southern Wisconsin. Mythos Christos is his debut novel.