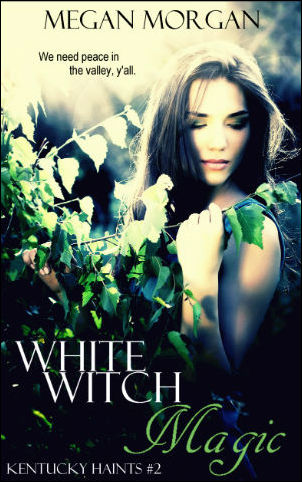 We need peace in the valley, y’all.

City girl and unpracticed witch Lorena Mills never dreamed she’d be living in a small Appalachian town in the backwoods of Kentucky, but here she is. Mated to a handsome, brash, and sometimes aggravating Lycan named Deacon Kelley, she’s slowly becoming a better witch and more of a backwoods kind of gal.

Lorena’s job in the town of Blue Ditch is to study the creatures known as Wolvites—once thought to be feral, mindless beasts, now known to have human forms—in an effort to advance science and magic. However, when Lorena is kidnapped by the nefarious witch Neala, who once tried to destroy Deacon’s family, she discovers she doesn’t know nearly enough about either subject. Neala wants Lorena to cure her Wolvite mate Dafydd of a quick-killing virus that is ravaging their species: except, there is no cure. Lorena has to find one, and fast, or the Wolvites will slaughter Deacon’s family.

Forced to work with the Wolvites, Lorena learns about their culture and gains sympathy for them, thanks to a kinder, gentler, diplomatic Wolvite named Kendrick who would like to see an end to the violence. Lorena would love to facilitate peace between the Wolvites and Lycans, but is such a thing even possible?

If she wants to keep Deacon—and his family, and the entire town of Blue Ditch—safe, she’s going to have to find a way. Good thing her powers may be stronger than she ever imagined…

A WRITER’S JOURNEY BY MEGAN MORGAN

I’ve been writing for a long, long time, and I’ve tried my hand at all sorts of things, but my ‘big break’ came when my Siren Song urban fantasy series was picked up by Kensington Books. I’m immensely proud of the series, which as of now contains three books, but each of those books came about in a different way.

The first book in the series, The Wicked City, is the end result of a long and convoluted journey. The story originally started out as something vastly different, and the main character, June Coffin, was actually a male side character. After multiple rewrites, the story changed and he became the main character. Then he became a she, and more rewrites happened. All of this took about 5 or 6 years, as it was a work I kept putting down and picking back up.

I originally pitched The Wicked City on its own but stated that it would be the first of a trilogy, expecting if it was picked up I would later pitch the other books. I had about three-fourths of the second book written, but it was in shambles and just a vague idea for the third book. To reiterate: not a word of the third book had been written yet. So, when the editor of Kensington’s Lyrical line called me on the phone and said they wanted all three books, it was both a wonderful day and a nerve-wracking one.

Luckily, they were quite open to negotiating with me on when the second and third book would be delivered, and I got them both written, polished up, and turned in way ahead of schedule. It’s been a wild ride ever since!

I also have works published with several other publishers, as I don’t like to put all my eggs in one basket. This allows me to write in any direction I want, and I don’t have to worry about making sure what I write fits the needs of one publishing house. As of late last year, I’m also trying something new—I decided to self-publish a few books, so I’m now what is called a ‘hybrid author.’ I wanted to do this to explore the differences between traditional and self-publishing. Of course, to absolutely no surprise at all, self-publishing takes a lot more work and money. I’m fortunate in that I have graphic design skills and make my own covers, but it still takes capital to purchase stock images and self-promote.

The first two books of my Kentucky Haints paranormal romance series, wholly self-published, are my latest releases. It’s a love story with southern flavor, peppered with shifters and witches, and a whole lot of tongue-in-cheek humor mixed in.

Thank you so much for having me here today! If anyone has questions about the ins-and-outs of either traditional or self-publishing, feel free to ask. 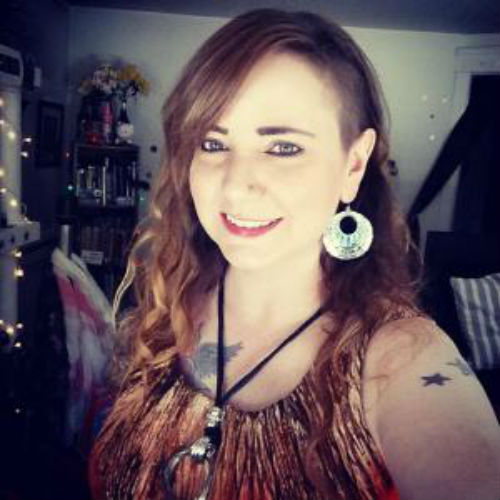 Megan Morgan is an award-winning urban fantasy and paranormal romance author from Cleveland, Ohio. Bartender by day and purveyor of things that go bump in the night, she’s trying to turn writing into her day job so she can be on the other side of the bar for a change. Hailing from the often-wintry shores of Lake Erie, she lives with an attention-seeking cat and her adult son, both of which shed too much. 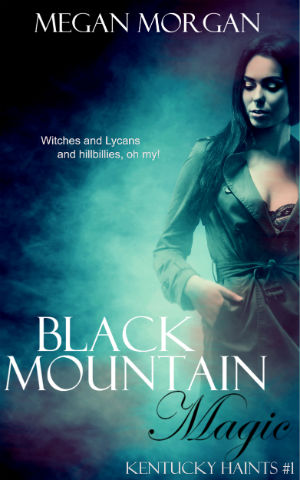 Witches and Lycans and hillbillies, oh my!

Lorena Mills is a witch, but she’s not very good with potions and incantations. Working for a government agency that puts down dangerous uprisings of supernatural creatures, she does much more paperwork than spell casting. When her less-than-magical job lands her in the small Appalachian town of Blue Ditch, Kentucky, in the shadow of Black Mountain, her life starts to get a whole lot wilder.

In the forests surrounding the town, Wolvites—twisted, bestial creatures who hunt and kill humans—are posing a threat. When handsome, charming, and altogether reckless local Deacon Kelley insists on taking matters into his own hands, Lorena has more than monsters to worry about. He won’t stay out of her way, and he won’t take no for an answer.

Deacon is a Lycan–in modern terms, the non-shifting descendants of werewolves–and he and his family have protected Blue Ditch for generations. But now, something too sinister to be controlled by their efforts alone is stirring, and the Wolvites are far more vicious than they’ve ever been. Will Lorena be able to stop the threat and uncover the deadly secrets surrounding it before it’s too late?

To keep the town, and Deacon, safe, she’ll have to—and she’s really starting to like this town.