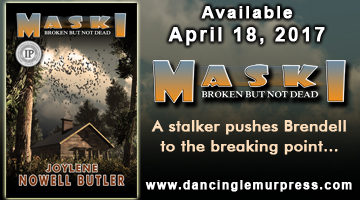 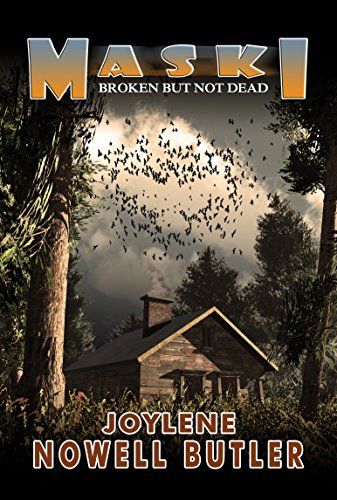 PREQUEL to Mâtowak Woman Who Cries

Today I welcome Joylene Nowell Butler to my Author Spotlight.  I’ve known Joylene for a while now.  She is part of the admin of our IWSG-Insecure Writer’s Support Group.

She appeared in my Spotlight the first time August 2, 2014, and again last year November 1, 2016, when she release Mâtowak Woman Who Cries, the story that is the focus of this prequel.

She is a wonderfully sweet person and a great writer.   Below is her journey in her own words. 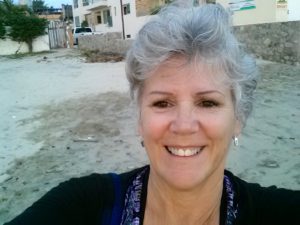 We each have our journeys. Sometimes it takes reflection to appreciate how unique our personal journey is. Mine comes back to me now in all its wonder. Serendipity. Faith. Trust. Not that I wasn’t full of doubt. In the early 90s, I quit writing because I believed I was kidding myself.

Today, getting published is relatively simple. One has only to go the route of whatever the latest apps provide. Back in the 90s and early millennium, there was a huge stigma attached to self-publishing and few free resources available.

In 2008 my dear friend Keith Pyeatt published a novel through Lulu and sent me a copy as a gift. I was so impressed with the quality I followed suit and had Lulu send me one copy of Dead Witness. I would describe the moments immediately following its arrival, but most of you know the thrill. I ended up self-publishing more copies while doing everything wrong. Yet, the profound joy wouldn’t leave, and I took steps to correct my mistakes. I worked eighteen hours a day for six months. I learned how to market. My manuscripts went through extensive critiquing. I sold one hundred copies in the first week.

It wasn’t always easy. The ego is a fragile thing. But looking back I realize the dream of being published was bigger than I am. To accomplish it I had to believe that the gifts we receive aren’t given to us to fail. 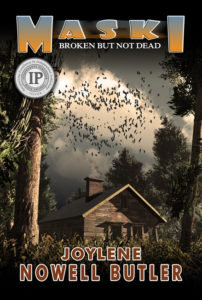 Maski: Broken But Not Dead

To the Breaking Point…

When Brendell Meshango resigns from her university professor position and retreats to her isolated cabin to repair her psyche, she is confronted by a masked intruder. His racial comments lead her to believe she is the solitary victim of a hate crime.

However, is all as it appears? After two bizarre days, the intruder mysteriously disappears but continues to play mind games with her. Taught by her mother to distrust the mainstream-based power structures, and with her stalker possibly linked to a high level of government, Brendell conceals the incident from the police. But will her silence keep her safe?

Then her beloved daughter, Zoë, is threatened and Brendell takes matters into her own hands. To save Zoë, Brendell searches for the stalker and confronts not just a depraved madman but her own fears and prejudices.

I lifted my head and squinted. My eyes finally adjusted to the semi-darkness. Was that the woodstove next to me? I squinted harder. It was less than five feet away. How—? On my right, the chesterfield and chair, so close I could have reached out to touch them. A chink of moonlight outlined the veranda doors less than six feet from the foot of my bed. I sucked in air. Not possible. I slumped back. I was in my bed in the middle of the living room, lying where my coffee table should be.

The sound of Zoë’s voice frightened me. The mother-part of me wished she were still ten. It was so easy then to wipe away her hurts with a kiss and a hug. Now my woman-child needed the one thing I couldn’t give: assurances that life would always be fair.

“Where does your rage come from?” she said. “Have I got that same rage inside of me?”

Determined that the element of surprise would offset him, I shoved open the door and burst into the room. The idea was to charge him before he had a chance to react. But I was blinded by the sudden intense brightness of the propane lamp. Somebody had turned it up and positioned it directly in my line of vision. I squinted to see Zoë. I rushed toward the nook where I was sure she was sitting.

“Brendell,” someone stepping out of the kitchen alcove to my left said.

I turned to see Declan standing within arm’s reach of me. He held a syringe in his left hand. I shielded my eyes from the glare of the propane lamp. How did he beat me inside? What was he doing with that syringe? And why was he looking at me strangely?

When Joylene’s father died in 1983, she wrote her first full–length manuscript to channel her grief. The seven-year process left her hooked and she began Dead Witness within a few weeks of finishing Always Father’s Child. Today Joylene is the author of four suspense novels: Dead Witness, Break Time, and Mâtowak, and Maski.
Goodreads ~ Amazon Page ~ Blog ~ Webpage ~ Facebook ~ Twitter

Award-winning Author of Broken But Not Dead and Dead Witness, hardcopy and ebook … and Mâtowak Woman Who Cries.