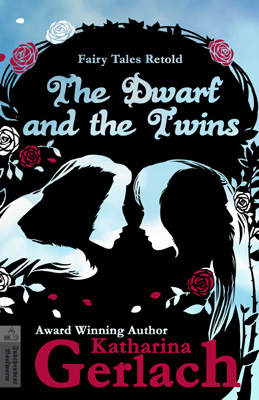 Today we are virtually traveling to Germany to talk to Katharina Gerlach, author of  fantasy, science fiction, historical and non-fiction works. Katharina last appeared in my guest spot January 29, 2014, when she released her book Swordplay.

Welcome Katharina, I am so happy to welcome you back for another new release. Katharina is very prolific author last month she released a short story, When the Music Died.

Thank you for having me. “The Day Music Died” is a short story that is surprisingly well received.

On October 4, 2014, you are releasing a retelling of a fairy tale, Snow White and Rose Red. I know you have retold fairy tales before, one of my personal favorites, Hero’s Wanted. 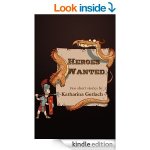 Not at all. This is my first ever fairy tale retelling that I’m publishing in English (I’ve had a flash tale published in German). Heroes Wanted is based on myths and legends that are quite popular in Germany (The Song of the Nibelung and the Norse gods). In Germany, we differentiate between myths, stories for adults deemed more or less true at some point in history, and fairy tales, traditional educational stories for children.

Ah, I think American’s also distinguish the tales that way.  It was my own personal FAUX PAS in wording choice there.  Thank you for clarifying that for me.

BTW, the original tale of Snow White and Rose Red will be part of my eBook, so don’t worry if you do not know it.

Thank you for your questions.

Katharina Gerlach was born in Germany in 1968. She and her three younger brothers grew up in the middle of a forest in the heart of the Luneburgian Heather. After romping through the forest with imagination as her guide, the tomboy learned to read and disappeared into magical adventures, past times or eerie fairytale woods.

She didn’t stop at reading. During her training as a landscape gardener, she wrote her first novel, a manuscript full of a beginner’s mistakes. Fortunately, she found books on Creative Writing and soon her stories improved. For a while, reality interfered with her writing but after finishing a degree in forestry and a PhD in Science she returned to her vocation. She likes to write Fantasy, Science Fiction and Historical Novels for all age groups.

At present, she is writing at her next project in a small house near Hildesheim, Germany, where she lives with her husband, three children and a dog. 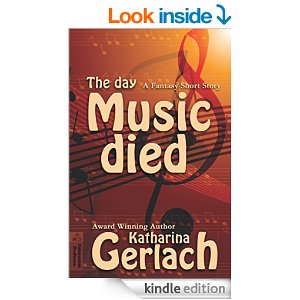 Katharina Gerlach Author Page At Amazon listing all her books.