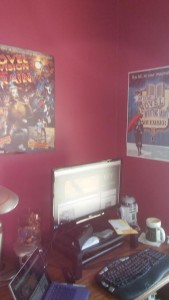 You may have notice that I have changed my website again.  It is a constant project in evolution.  Yes, you have seen these ravens before on my blog except it had a dark background rather than a light one.  The ravens have always been a favorite.  I had a problem with the theme I was using with the ravens.   I have experimented with different looks in the interim. 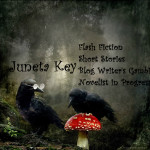 I love the character aspect of the raven with glasses e. g. perhaps magical beings having an intellectual conversation in shift shaping form.  The ravens with the book on my sidebar make me think of shift shapers guarding a sacred book, or perhaps an evil grimoire.  They are keepers of the guard standing for the world between the known and unknown.  The pictures tickle my imagination.   I love that feeling. 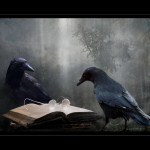 I felt fantasy ravens represented the genre’s I write best:  Paranormal fantasy, a sci-fi fantasy space saga, magical adventures all with a bit of mystery, romance and grand adventure thrown in. There is also a little conspiracy, the fight against tyranny and oppression, and monsters in the dark, too. 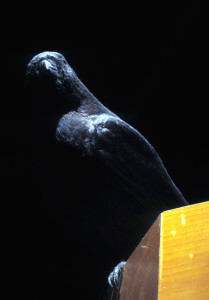 Ravens are known for their connections to the paranormal.  They are known as messengers of the gods to the mortal world, escorts of the dead, symbols of good luck, even spies.  They are full of playfulness, mischievousness with keen intelligence.  They are associated with mythology which plays a huge part in my writing life.

I am fascinated with the psychological, the symbolisms and subconscious monsters (shadow self, dark self)  that mythology represents.  Joseph’s Campbell’s studies of mythology, especially the hero’s journey, are totally my thing, so you can probably see why they appeal to me.

Ravens represent both good and bad aspects of life in their myths.  In fact, the nightmarish connotations are quite fascinating.  I prefer the positive aspects of the raven over the negative.  However, the negative aspects in mythology work great for villains.  Besides, in life, we are all heroes, villains, saviors and monsters it the burden of the human condition.  Raven Symbolism and Symbolic Meaning of Ravens (Love this website–one of my favorites for symbolism in the positive)

A VERY INFORMATIVE NEW PODCAST FOR THE INDIE AUTHOR

I test 67% right brain dominant on one test and use both equally on the other.  These tests are both different in the way they test you.  Which are you?

Which side of your brain is more dominant? The 30-Second Brain Test

My Muse Exercise & My Brain

How the brain works is fascinating and miraculous.  This brain scientist, Neuroanatomist  Jill Bolte Taylor, had the rare opportunity to experience the odd workings of the brain and its miraculous recuperative powers. Here is what she said onTed Talk.