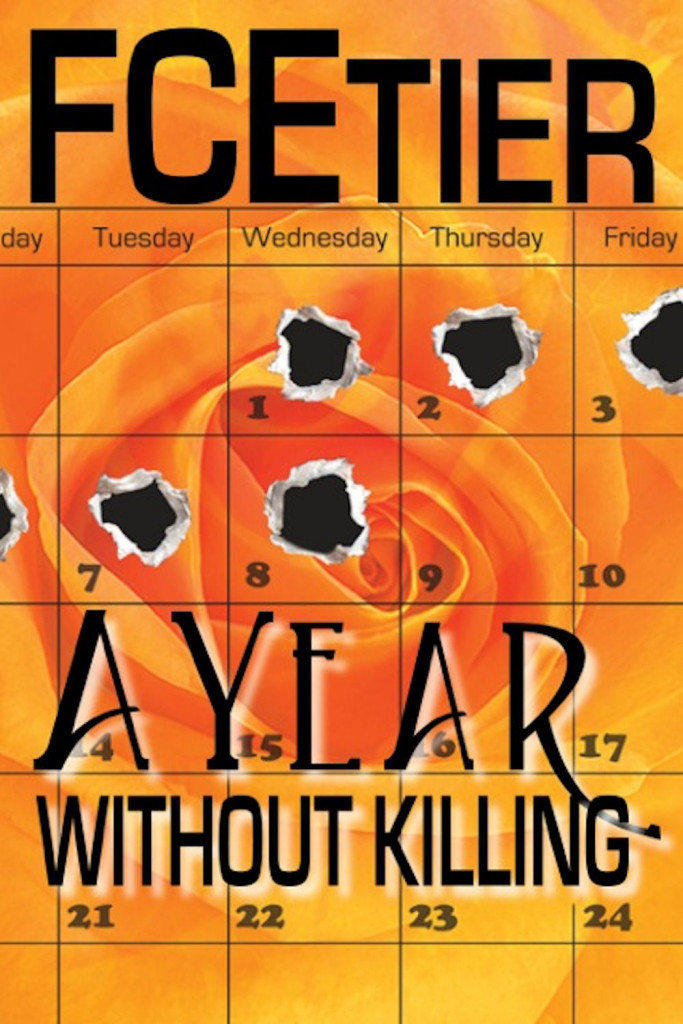 Today I welcome FCEtier to my guest author spot again with his third book in his series, “A Year Without Killing” . Chip is a photographer, featured blogger at Ventura Galleries and author. I have crossed paths with Chip several times through the Weekend Writing Warriors. He first appeared on my blog in August 2014. 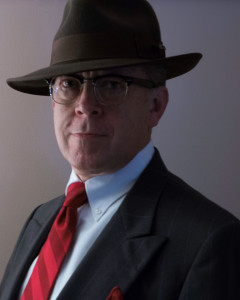 Welcome back Chip, you have released your third book in your ongoing series, but this time online. Congratulations!! First…

1. What gave you the idea to create a female assassin?
It evolved from marketing. When I began work on The Tourist Killer, the demographics showed women baby boomers to be the largest market for e-books. So I created a flawed anti-heroine for them. I put a sixty-two year old woman lead into a previously all-male profession.
2. What is your inspiration for this series and how did you choose the title?
The project did not begin as a series. My original idea was to write one book. Near the end of The Tourist Killer, one of the characters gave me the inspiration for a follow-up book. Then as The Tourist Killer ended with Claudia taking a twelve month sabbatical, the subject and title of the sequel was a natural. The series title comes from the last names of the two central characters, Claudia Barry and John Hixon. By the way, I’ve got a title for the fourth book, Transfer the Dragon, and a plot for the fifth.

3. Tell us about your first two books and how AWYK fits into the series.
The Tourist Killer was first. As it ended, main character, Claudia Barry, a baby boomer assassin wanted to retire. Her assigner convinced her to take a twelve month sabbatical. I wasn’t ready for a sequel then and went ahead with The Presidents Club, which was the further adventures of John Hixon. Hixon proved to be as popular as Claudia was with readers. Now, here comes the sequel to The Tourist Killer.
A Year Without Killing has debuted as a twice a week serial here: A Year Without Killing The storyline parallels The Presidents Club with Claudia, oops, no plot spoilers!
4. This is the third book in “The Barry-Hixon Conspiracy.” This third book is a online series chapter by chapter. Will you also be releasing it in hard copy and/or eBook once it’s completed?
Yes. A Year Without Killing will be released as both an e-book and trade paperback.
5. Are you writing this book as you go posting each, chapter by chapter, or is it already written?
The holidays and family matters got me behind. When the first chapter went live, I had eight more on deck. By the time those eight had been published, only one more was written. As of this writing, I’m one chapter ahead. It would be nice to be about a dozen chapters ahead.
6. The third book reveals to us more about who Claudia Barry really is doesn’t it? Readers find out more about her psyche don’t we?
Yes. Just about every other chapter focuses on Claudia. I found a way for her to discuss her past without an overburden on the reader of flashback after flashback. By the end of the book, readers will know Claudia intimately and she will have learned more about herself and her future as well.
7. I guess even assassins need a vacation—tell us a bit about that premise.
I’m a loyal fan of the double entendre. I wanted a title that would be just that, so I wrote into the storyline that Claudia becomes a tourist herself before each assignment. After she’s made her plans and worked out the details of her next job, she takes a vacation. It helps her deal with the stress of preparation and clear her mind for the matter at hand.
8. How many books do you have planned for this series?
At least two more, but who knows? In the beginning I only planned to write one book and return to photography. Now we’ve got a book that will see the League of Old Men (introduced in AYWK) join forces with the members of the Presidents Club to solve a mystery. The challenge of writing a romance might focus on Claudia and John Hixon’s love story.
9. Do you have any other book projects you are working on?
Yes. My first short story The Connection, was recently published and fans are asking for more. The story sets up the opportunity for a series of short stories including both prequels and sequels. This could become a collection of short stories.

10. You are also a photographer; do any of your photos inspire your writing, or give ideas for scenes?
Yes. A photo inspired the short story mentioned above and I blogged about it HERE. I often blog about scenes in all my writings. Here’s another EXAMPLE.
11. How long have you been writing and how long have you been a photographer?
I started both as an adolescent. Life got in the way and I returned to photography and began selling my work in 2007. Then, my first book was published in 2012. It may take a number of years, but I plan on becoming an overnight sensation.
12. What is your favorite vacation spot or idea for vacation for yourself?
Walt Disney World in Orlando. One of my favorite places on the planet. There’s nothing about it I don’t like. My favorite ride is the Dumbo the Elephant ride. The restaurants in Epcot Center are fantastic!

13. What is a day in your writing life like?
February 20, 2015 was my fortieth anniversary of being a pharmacist and pharmacy still pays the bills. I write when I can find time in front of my computer. I use a desktop at a standing desk in my studio and I also write on a laptop, often in bed. On my days off, I try to knock out a chapter before 10:00 A.M.
14. Any last words for our readers before we go?
Buy my books. Read them, and tell your friends about them. It’ll be the best investment of your time and money for escapism you can make. I write for the same reason many readers read—escape. If readers can get into my books reading them, like I did writing them, they’ll experience the same joy and pleasure of the story as me. 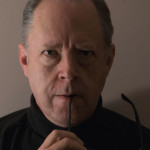 Born in Louisiana, FCEtier spent most of his adult life in Baton Rouge, eventually splitting his time between Baton Rouge and Gulfport, Mississippi. Hurricane Katrina sent him in search of a safer harbor, which he found in Western North Carolina. With an eye for the unusual found within the usual, Etier has been involved with photography for many years.

He is the author of “The Tourist Killer” and “The Presidents Club.” FCEtier is a prolific blogger and photographer. Both his photography and his blogs can be found at Venture Galleries.com. He is at work now on his third novel, “A Year Without Killing.”