I am so excited. Watson Davis takes us back to his dark high fantasy from Loathsome Tales anthology in this new full length novel release.  I can’t wait to read it! 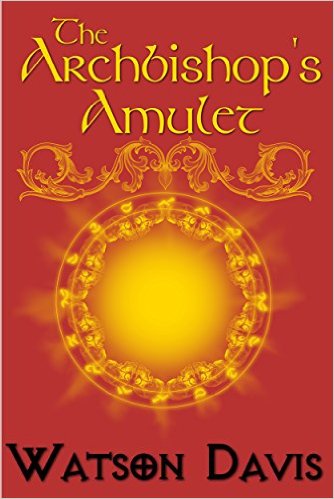 THE ARCHBISHOP’S AMULET BY WATSON DAVIS

On the frontier of the Nayen empire, the last few human kingdoms cling to independence, and the Onei hide in their wastelands. The Nayen armies, a military force supplemented with creatures summoned from a list of hells, batter the human defenders while the newly-built Nayen monasteries sacrifice conquered souls to the infernal realms to pacify their subjects.

Caldane, a young Onei shaman enslaved when his clan was destroyed, a survivor of several sacrifices, yearns to return to his homeland to find a new clan, until he learns his mother’s fate. Aissal, an idealistic blue-skinned coulven lass who chose to come to this world to fight the evil spreading through the realms, finds herself captured and alone in a world she does not understand. Rucker, a young southlander boy from Timyiskil, wants to go back to his family at the brewery and have things go back to the way they used to be.

Overseer Fi Cheen, a Nayen monk with his career path on his mind, tracks the escaped slaves across the southlander kingdoms to Windhaven. General Esmela Silverhewer, a Giantess from the realm of Stone, revels in her charge of conquering the human kingdoms, and killing every last Onei on the planet, a commission straight from the Empress herself.

But when Caldane escapes, he takes more than a few useless slaves with him; he takes the Archbishop’s Amulet, a powerful magical item central to the Nayen spells used to remove the hopes and dreams of the subjugated populace. 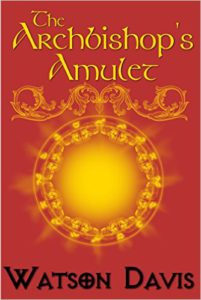 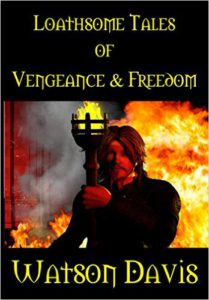 Available Now on Amazon. Anthology set in the same world as his novel The Archbishop’s Amulet-Click cover to get it now.