Off The Beaten Path – Paranormal Anthology 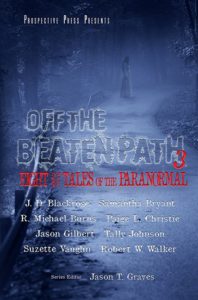 Off The Beaten Path

Eight ghost stories sure to put a chill along your spine.
Santa Muerte’s Ghost by J.D. Blackrose
The Girl in the Pool by Samantha Bryant
Going Nowhere by R. Michael Burns
The Slaver’s Shade by Paige L. Christie
The Cave by Jason Gilbert
Was He Faithful? by Tally Johnson
Don’t Go There… by Suzette Vaughn
Sniff-sniff by Robert W. Walker

Top 5 Benefits of Writing for Anthologies

Variety is the spice of life, so they say. And there’s so much out there I want to try! That’s how I became a fan of anthologies.

Reading an anthology is like getting the sampler platter at a restaurant. There’s probably something in there you already know you’re going to love, something to anchor you, but the rest is an experiment, and you might discover a new favorite.

It’s a way to try out new things at low commitment. I’ve discovered some of my favorite writers by first reading their work in an anthology.

When I moved to the writing side of the table, I began to seek out chances to have my work included in anthologies and now my work is included in twelve collections, a number I hope to continue to increase. Here are a few benefits I’ve discovered:

Getting a writing career off the ground is a lot like any other kind of job hunting. You need experience, but no one wants to give you the shot that will let you gain experience because you don’t have any experience. Joseph Heller must have written that rule it’s so Catch-22.

Even when what you’re shopping around is a debut novel or other book-length work, potential publishers are reassured if you have some kind of publication credits under your belt and more likely to consider taking a risk on you.

Luckily, anthologies come in a lot of shapes and sizes, and not all of them require that you be a known quantity. There are smaller anthologies that welcome new writers and have open-call submissions. Even larger anthologies that include big-name writers reserve at least one slot for a new discovery. Editors love to be the ones who can later brag that they published BigShotWriter when no one had heard of her yet. You can be the one no one has heard of yet!

Anthologies allow you to build a few publication credits even if you haven’t finished your magnum opus yet. You can claim the book and establish your Amazon author profile and author website.

Often, being included in an anthology opens up other doors. You might get to connect with the other writers, depending on the promotional plan for the book. Even if the publisher doesn’t arrange that for you, they will probably help put you in contact with your fellow story writers for some cross promotion.

At the very least, there’s an editor out there now who liked your work enough to select it and might think of you for future opportunities, especially if you were pleasant and professional to work with.

Once you’ve jumped that publication hurdle, it’s time to start widening your circle. If you’ve already got some other work out there, participating in anthology projects can be a great way to expand your audience. That little paragraph at the end of your story that tells people where to find other work by you is almost as important as the quality of the story itself. If you made a good impression with your words, readers will seek out your other work. Buy-through works even better when the short story in the anthology connects to the other works, like a side story for a series of novels.

You have the opportunity to attract attention from readers who would never have heard of you or your work otherwise. Each writer in the anthology will bring some audience with them, even if it’s just their mother and little sister. Sure, they didn’t buy that book to read you, but now that they’ve got it, chances are that they will read your story, and if they like it, they’ll seek more of your work.

Don’t underestimate the power of association. Having your work associated with other authors who are further along the career writer path than you is a feather in your cap. You don’t want to be the most famous writer in the anthology. Instead, you want to be guilty by association: guilty of awesome!

One thing I love about writing for anthologies is the chance to try something new. For example, one of the first anthologies to publish my work, Selfies From the End of the World, had this great premise of first-hand account of the apocalypse. I don’t generally write fiction in first person, so that was a chance to stretch, as was the theme. I still love my horribly misanthropic mad scientist character in that story.

My most recent anthology publication, Off the Beaten Path 3, the one I’m celebrating today, is a collection of ghost stories. I’d never written a ghost story and thought it would be fun to give one a try. I ended up with a daylight ghost story, “The Girl in the Pool” which is one of my favorite short pieces to date.

Writing a short story takes less time than writing a novel, so it’s a way to experiment without committing too much of your time. I’ve been using anthology prompts as excuses to try on new styles and genres. Even when my story doesn’t get picked up for its intended project, I still win because I expanded my writing horizons (and there’s no rule against submitting the story elsewhere at a later time).

Anthologies also give you the opportunity to learn a little bit about how the business works: to understand contract language, to work with an editor, to follow submission guidelines correctly, to communicate professionally, to participate in promotional activities, etc. It’s a mini-course in the business of writing, with the support and example of all the other writers who participated.

One of the downsides of getting started as a writer is that you are nearly always working on spec. You invest months and years of your time and effort on a project, and there’s no promise that it will bring you any financial gain. Whether you choose indie or traditional publishing, finding a large enough paying audience is the work of years. Now, no one has ever gotten rich writing for anthologies, but they do generally pay. How much and in what way varies.

Some anthologies pay a flat fee (from a token amount of $10 or so to a professional fee of several hundred dollars), some pay a royalties share. Some don’t pay in dollars at all, but give you author copies and some promotion. Only you can make the decision about whether the payoff is worth it on a project. Earning even a little from your writing can be a real confidence booster!

Though I have been a part of a few projects that didn’t come with a paycheck, I made that decision open-eyed, choosing to participate for the chance to work with certain people, to support a charity, because I valued the chance to expand my audience, or because I was charmed by the project itself.

Be wary of working too hard “for exposure”–a girl can die of exposure, you know. And here’s your obligatory reminder to read your contract carefully and be aware of the extent of the rights you are granting and the time limit on return of rights to you. A good contract is specific.

Once you cross the line into being a capital W Writer, one who is working to build a career from your words, then it becomes a job. If you’re like me, when you were a hobbyist, you wrote as your escape. You did it for fun.

It’s still fun–don’t get me wrong: I still LOVE writing–but there are some very work-and-not-play elements around it now: deadlines, expectations, brand-building. You have to take the work seriously if you’re going to build a career of it. You have to produce quality work regularly.

Anthologies give me back a little of that element of play. If I’m writing for a theme set by someone else, it’s like having a new sandbox. I can fight burnout or writer’s block on my other projects by vacationing in a short story for an anthology. I don’t even have to feel guilty because writing for anthologies is career building, too. It’s like getting paid to play hooky.

So, there are my five favorite things about writing for anthologies.

And while you’re looking at anthologies, please check out my newest one. Off the Beaten Path 3 from Prospective Press is a collection of eight ghost stories, including mine! 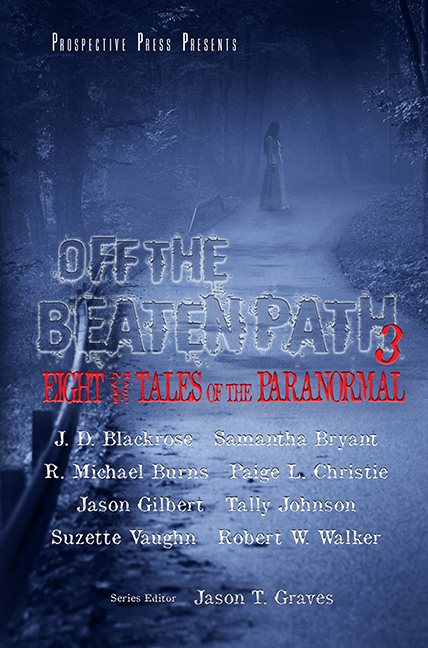 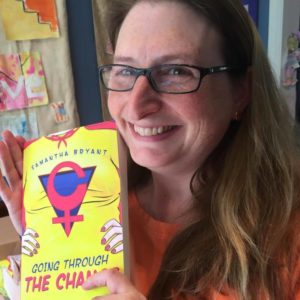 Samantha Bryant is a middle school Spanish teacher by day and a mom and novelist by night. That makes her a superhero all the time. Her secret superpower is finding lost things. When she’s not writing or teaching, Samantha enjoys time with her family, watching old movies, baking, reading, and going places. Her favorite gift is tickets (to just about anything).

She’s the author of Going Through the Change: A Menopausal Superhero Novel, the sequel Change of Life, and the three-quel Face the Change, all available on Amazon or by request at your favorite bookseller. You can also find her short stories in several anthologies. You can find her on Twitter @mirymom1,  on Facebook @samanthadunawaybryant, on Instagram @samanthabryantauthor or at her blog/website: http://samanthabryant.com

She is an admin and moderator for Insecure Writer’s Support Group, (IWSG) Facebook & Goodreads Book Club. She’s a co-founder of Storytime Quarterly Blog Hop, and co-owner of Stormdance Publications which publishes themed anthologies. 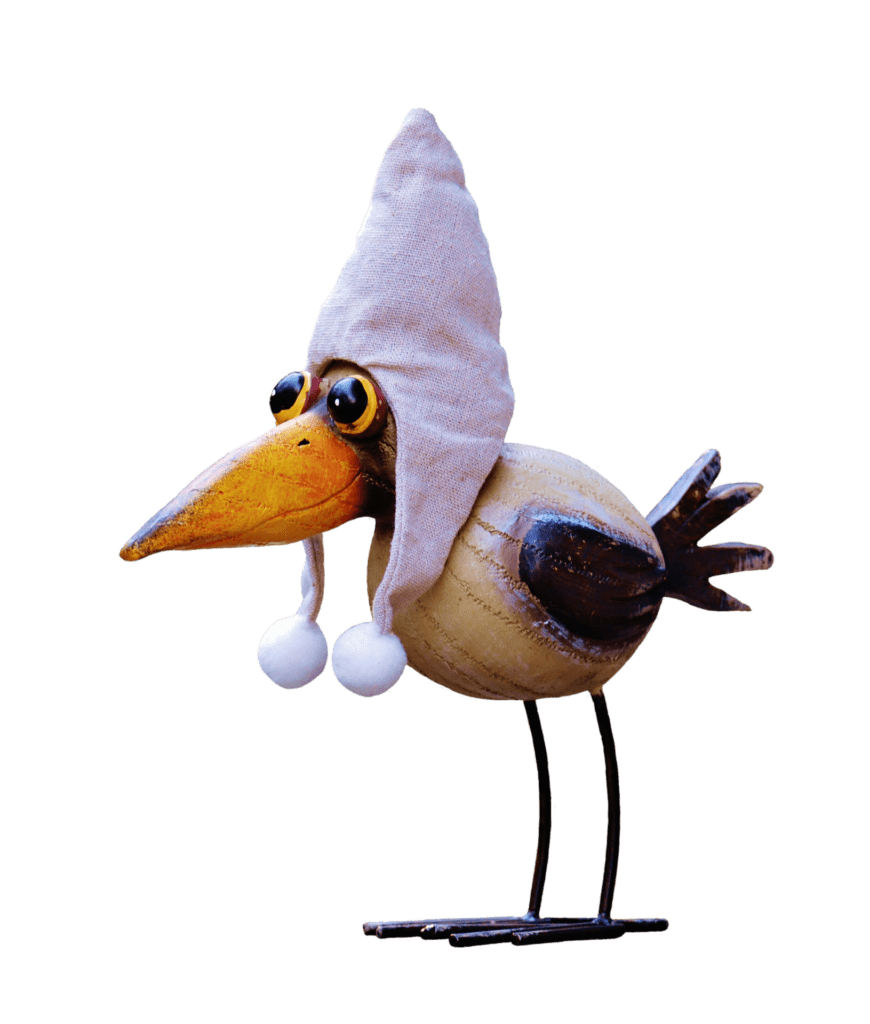 *I have used for nine years.
Wonderful customer service.

Domain Names–hosting plans always include a free domain name — but you can also buy domain names without hosting for as low as $11.92 per year.