Today I am doing something different.  I am hosting my fellow Holly Lisle classmate and writer-ly colleague’s, Chris Makowski, story on my site today.
Chris does not have a website of his own yet.  I am honored he is sharing his story on my blog for July Storytime.  I enjoy his stories so much and I know you will too.  Bio and participate links at end of this post.

On July 31, 2016, my new site went live and the link to this post on old site change.  This is link to old site where comments are still. 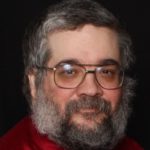