It Should Have Rained Carnations

The sterile fresh scent of carnations permeated the air.  Reds, yellows, white, and red striped flowers danced starkly against the grayscale backdrop of my world. Feeling like I was in an old slow B-movie, I looked down at the lifeless body of my mother.  I wanted to scream this can’t be real.   She wouldn’t leave me.

I might have been able to fool myself into thinking she was asleep, except for the cradle of death she lay in, and the hard skin of her hands tinged puke pink, by the embalming fluid they use to give her skin color and preserve the body.  People milled in, around, and behind me.  I ignored them.  I hated their whispers, as if, their natural tone of voice might wake the dearly departed.   A sort of maniacal laughter echoed in my head at that thought.    “Hello people?  She’s dead!  Wake her if you can.  Please wake her.”

Why couldn’t she have fought harder to live? Why couldn’t she have chosen to live?  I knew the thought was unreasonable, as if, the grim reaper asks your permission?  But Mama, didn’t you want to live for me?   Death is so final. The End.  Full stop.  Never to return.   Why God? I can endure all things through Christ Jesus, who strengthens me.   Philippians 4:13.   BUT,  I can’t do this Lord.  Please don’t make me do this.

Restless, I ran my hand over the cold steel box, my fingertips brushing the multi-colored carnation wreath that topped the coffin, its bright blood reds a contrast to the ashen gray silk of the casket.  Strange, how clusters of carnations were often the chosen flower for funeral arrangements, the true essence of an oxymoron, considering they clung to life long after others had died and decayed.

A hand touched my shoulder.  I fought not to shake it off.   I turned.  Someone spoke.   I answered.  They walked away dissatisfied, sad. They called this visitation night.  A scheduled time of night, that friends and family can view the body before burial, and say their last goodbyes.

It was traditional.  But an Irish wake would have been preferable, at least it would have been about living life, laughter, memories, and impressions.  Celebrating the life that was lived, not the one that was gone forever.  Not this silent ghost like stasis of waiting for it all to be over with.  Too bad we were not Irish.  This was torture. They couldn’t comfort me.  And yet still, they came each one trying to draw me away from the casket.

I understood that somehow, my standing there over my mother’s body hurt them. They needed me to move away from her.   Why couldn’t they just let me grieve in my own way?

A friend from school approached me.  She did not ask me how I was doing, but instead, she ask me if I wanted to sit down near the coffin.  I allowed myself to be persuaded.  I noticed that people were still watching us.  I couldn’t help thinking that everyone was still waiting for me to fall apart.

Was that what they feared? Or was that what they hoped to see? My pain had gorged out a vast empty chasm in my soul, and my anger stood guard like a fortress surrounding me, separating me, shielding me.   I did not want to be comforted.  I wanted to scream, rage, and fall apart, but I did none of these things.

My friend asked if I would like to go outside.  I didn’t, but I could see that she did.   I nodded and followed her out.  The night was clear.   Stars twinkled in the heavens.

I looked up.    Was mama up there somewhere? The wind gently rustled the trees.  I inhaled.  No carnations.   No death out here.  Odd the world didn’t even seem to recognize that she had passed.   And yet the foundation of life, as I knew it, had crumbled.   How could such irrevocable change occur to one person, and the world not feel it?

And in that instant I thought,  I’m glad that when Christ died on the cross, the world shook, the sky darkened, and the heavens thundered.  It should have rained carnations. 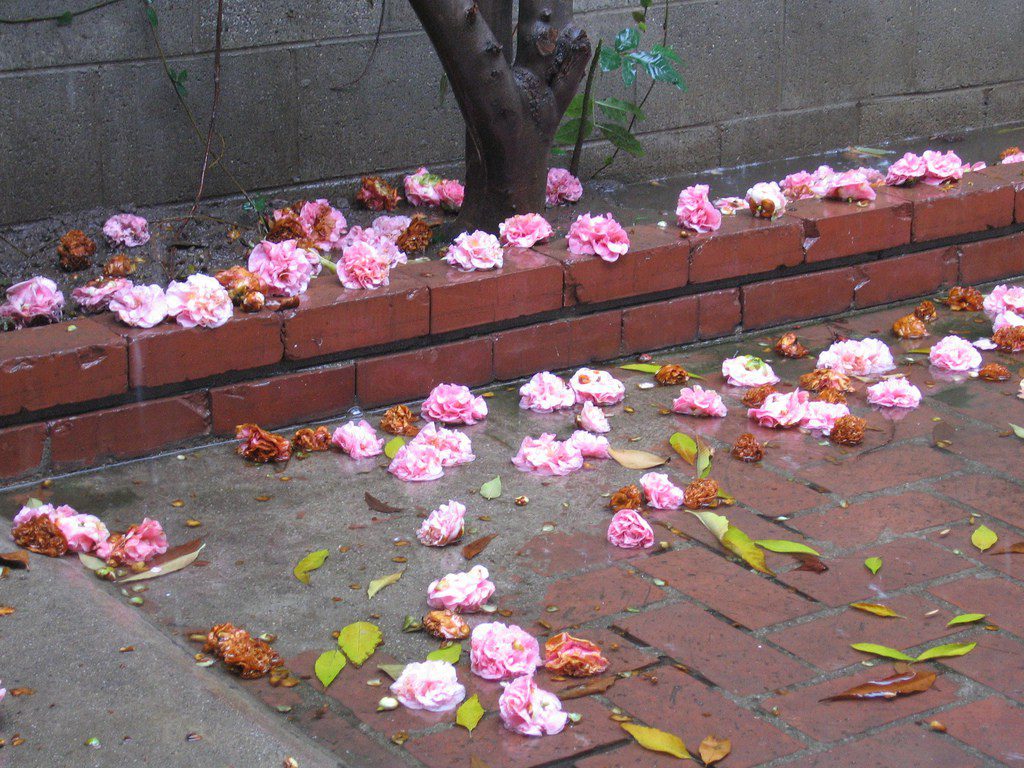 SIGN UP! Newsletter -- And get a FREE Desktop Background as my Welcome Gift for you.
THE SHINIES Don’t Drink The Bottled Water

BUY ME A COFFEE! Looking for a way to show your appreciation and encouragement? You can always buy me a coffee. The price of a coffee helps me keep this site running, create entertaining content, inform, book expenses, and help showcase others. It also helps with unexpected or extra writing expenses that tend to crop up. Thank you for your support!