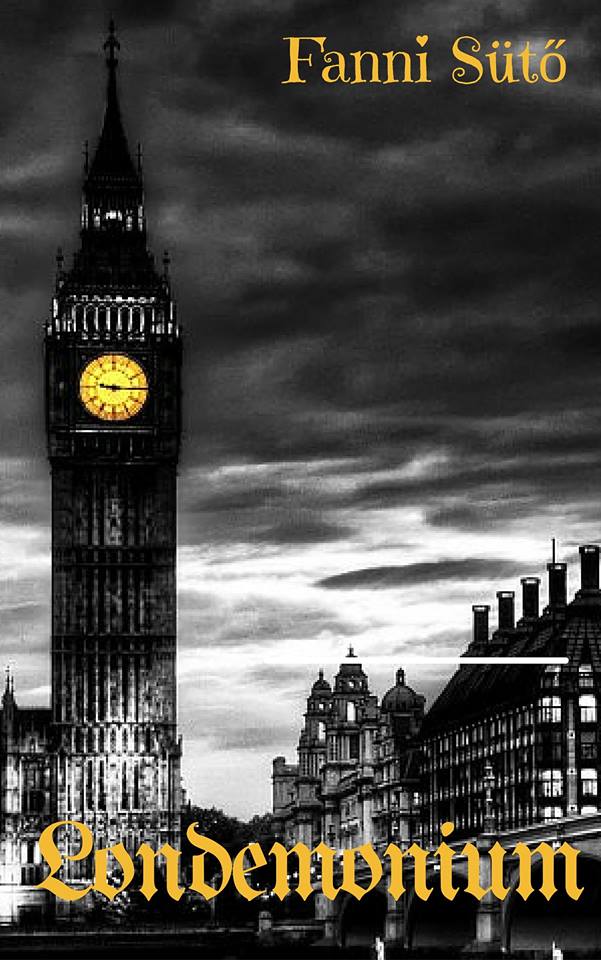 I like to welcome author Fanni Sütő, a Hungarian now living in France, to Writer’s Gambit.  I asked Fanni one question and here it is:   You have had some interesting jobs, you also speak more than one language and currently you are teaching in France, will you tell us a bit about your author journey?

As far as I can remember I’ve been fascinated with the English language. I don’t know where this adoration really came from, but my mum spoke English and I found it incredibly cool and I pestered her to teach me already when I was around five.

Then during my uneventful university years, I developed a crush on an Austrian ski jumper and since I wanted to understand what he says in the interviews, I decided to learn German. It might sound like a silly reason, but it did motivate me and I got my first job because I spoke German.

I honestly don’t know how I got through university because I often have my head in the clouds, in a nice Luna Lovegood kind of way, and I never had any idea about deadlines and official stuff. So at the end of the first year when I had to choose another subject next to English I had no idea what to do. I remember it was the last day when we could make our decision, the sun was shining and I was sitting with a friend in a park and I asked her what she chose. She answered East Asian studies. So I took that as well. That’s how I studied Chinese for two years. Of course, now on job interviews, I say it was a conscious decision on seeing the rise of Chinese economy.

A very good thing about Hungary is that (in most cases) university education is free, so it wasn’t even a question that I continued my studies in a Master’s level. The only thing I was really interested in was English Literature. I really cannot explain this attraction, but it was as if there was a compass in me which was pointing towards it.

I also belonged to the cultural organization of my home town, which allowed me to participate in EU exchanges to Cyprus and the Netherlands. It’s during these years that I really got into traveling. I like discovering new places and meeting new people, I’m interested in everything and I want to know everything. I guess that’s why my Harry Potter house would be Ravenclaw. 😀

One of the most important things that have ever happened to me was that I won an Erasmus scholarship to the University of Roehampton, London in 2013. Again, there was this compass in me that went crazy when I read the description of the university! They had creative writing! We don’t have it back at home. They had children’s literature! IT WAS IN LONDON!

That’s where I met my boyfriend, well, technically my fiancé. We lived in a long distance relationship for 2,5 years during which I returned to do my second MA in London. I moved in with him in a small town next to Paris, October 2015, so that’s how I ended up living in France.

BIO:  Fanni Sütő (1990) writes poetry, short stories and a growing number of novels-in-progress. She publishes in English and Hungarian and finds inspiration in reading, paintings, and music. Her heaven would be a library with an endless supply of coffee latte, cupcakes and Dr. Who episodes. She tries to find the magical in the every day and likes to spy on the secret life of cities and their inhabitants.
Publications include: The Casket of Fictional Delights, Tincture Journal, Enchanted Conversation. Fundead Publications.

The white fox tattoo above Aiko’s left breast had been burning for days. She pulled up the zip of her thin jacket, trying to forget the disturbing feeling, hoping it wasn’t some kind of infection. She wanted to avoid her father discovering about the tattoo; she hadn’t told him and he wouldn’t notice. By the evenings he was so drunk he wouldn’t notice anything. He said it was the fault of Aiko’s mother; that she drove him to drinking. Bullshit. People never drink for anybody else but themselves.

Aiko thought that divorcing her father was the least bad of her mother’s decisions – it might as well have been her only good decision in years. Certainly a better one than bringing the Other into the house. Has Ms. Hashimoto never wondered why her teenage daughter decided to leave her comfortable Japanese life and flee to the father she hadn’t met since she was five and who still sent Barbies for Christmas every year, although this year she already turned seventeen. Has she really never wondered? What could have made him a better choice? Ms. Hashitmoto never seemed to ponder what exiled her daughter first to wild parties then to a different country, a different world.

Aiko had thought she could escape the haunting memories by moving. But they had sunk so deep in her flesh that she could only leave them behind if she also disposed of her body. She tried that several times but her life force was too strong and too stubborn to let her go.

The nightmares followed Aiko to London; they stuck to her brain as nori sticks to your palate. She stopped smoking pot and deserted all the occasional party drugs a while ago, but the damage had been already done. The only thing that managed to regulate the nightmares was the small lamp Aiko stole from a toy shop. It had Mickey and Minnie on it.

Aiko firmly believed the cartoon-patterned light helped to keep her nastiest night visions away. Sometimes her dreams were about the past, the bad moments pinned to her brain. She saw them in HD, Dolby Surround, and a full sensory wholeness. Fortunately, she never dreamt about the worst, her subconscious circumnavigated those rocks carefully. Still, she woke up screaming every second night.

Other times, she dreamt of things she’d never seen before; a city with a melting crimson sky, buildings made of glass and screams, and a mighty river running in the middle of the chaos.

And now she was dreaming about the fox, this a majestic white creature, a stuff of legends, warming Aiko’s heart with a memory of home. Not the home of her adolescence, but the home of her childhood when she still dreamt of a hopeful future. This dream-fox was the one she got tattooed above her heart. It hurt like hell, but it was worth it. First in a long time, she felt a bit less alone.