This is my new site.   It is still under construction so some links may go back to old site post or not have anything yet.   I created a new look and I am repurposing old post and moving them over here.  Soon I will transfer this site to my old domain name.  For now, it is on a subdomain while I tweak it, but I will probably still be tweaking even once moved because I have a lot of content I plan to keep and redo.

If you click on my name on the left sidebar it will take you to the main page where you see the real new look and look around.  Tell me what you think if you like in comments.

Hope you like my story.   This is a rewrite of flash fiction series idea I had the first time I went through Holly Lisle’s Free Flash Fiction course.  I decided to return to it.  I may continue it as I had originally planned to share it with my newsletter and then make it into an anthology.

The computer screen blurred.   Odd.  I was squinting straining to keep up with the tallies and assignments scrolling across the screen.  The offices of Mortality, Chaos, and Conflict had been busy this week.

My grim reapers were stretched thin, since the near loss of my brother War.  Human death tolls had tripled.  War should not have been on earth cavorting with humans making himself an easy target.  Had that mortal friend of his not shoved him out-of-the-way, the demon Shadak would have pierced him through with an angel blade.

How an angel’s blade came into the demon’s possession is still a mystery, and how he managed to weld it another.  The demon should not have been able to even hold it without great pain.

My fingers tingled.  The room tilted and then righted itself. Alarmed I focused my thoughts and tried to summon Nora, my assistant.  No Response.  The universal vibrations felt off.

I shoved back from my desk entering the outer office in two strides.  “Did you not…”  Nora’s expression was puzzling.  “What is it?”

“Nothing, it’s just your clothes.”

I returned to my office to stand in front of the wall of reflection.  Blue eyes stared back at me, not liquid gold.  My black hair was still short, but unruly and wild.  A black leather jacket adorned my shoulders studded with steel accents. My white shirt blouse into a loose v-line showing my chest.

Blue jeans and black boots? I had hair on my chin.  No wonder my assistant looked dumbfounded.  It was contrary to the stoic professionalism I demanded in the office.  I tried to sift time.   The wall remained a mirror instead of the liquid reflections of time that allowed me to scan the universe.

If this was a joke, I did not find it funny.  I turned to return to the outer office and stepped into the swirling aethers of nothingness.

“Bow to your Deity, Fallen.”

Lucifer, the leader of the order of fallen angels, master of demons and my commander, stood before me.  My brothers and I had always been a source of contention.  Because, despite his right to jurisdiction over us, he did not rule us.

Of our own free will, we The Horsemen, rode out before man after their plummet from Eden into awareness.  We accepted our fall from grace, so we could protect the seals giving humankind a chance to grow, to find redemption and hope.  We carried the mark of the Alpha and Omega.

I did not kneel.  “I am Death. Guardian of tribulations. Harbinger of transformation.  I acknowledge you are my liege in this realm, but my counsel is my own ordained by the one God.”

“You shall reconsider those words, Horseman. You are now in the pit of decay with man.” Lucifer smiled, glee firing his eyes.  “You are what you so fiercely protect–a flawed human.”  When I did not respond as he had hoped, he snapped. “You will be lucky to save your own soul.”

“You do now”  He slammed both his hands into my chest.  “Take your place among the living.”

I felt myself fall. The ground rushed toward me what felt like forever.  Horrendous agony consumed me.

I must have passed out.  I lay on the ground.  Men fought around me.  Pain held me in a vice.  I tried to make sense of it, but I could not hold on to consciousness.  When I woke, I was in a hospital room under armed guard.

It would be a while before I would learn that I had entered life in the middle of a riot. 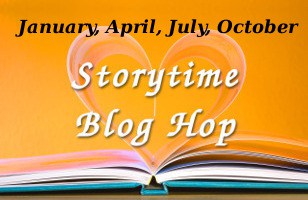 YOU ARE HERE—> Hell’s Play by Juneta Key

FOR FUN I CAST DEATH AS CHRIS CORNELL