***Read More Stories from other participates around the globe at bottom of this page. 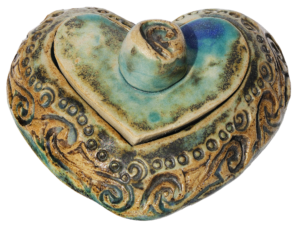 It had been a year since Ava, my twin had died and I had taken up the quest to find The Boon a fabled artifact that granted a return to life without consequence.

The Boon had been Ava’s passion. She died to recover the ancient scroll that told the story along with a map with the warning that whosoever possessed the artifact drew Death to them.

I had escaped Death three times not because I faced him, but in my grief and anger, I became reckless in relentless pursuit of my mission.

The scroll said the artifact was buried with an Egyptian oracle of Anubis in a place long forgotten.

I slipped out of base camp once all had settled for the night and made the final track by myself.  I guarded the scrolls changing my hiding place often never sharing them. Ava’s passion consumed me grief fueling my determination.

The wild trail twisted and turned until I arrived at the mountainside.  I spent an hour hacking at overgrowth to uncover the crack angled in such a way to make it almost invisible to the naked eye.

Just inside the entrance a few feet, I encountered a sandstone stairway leading almost straight down.  I gripped my light tighter.

Down, down and down.

I looked up.  I could no longer see any hint of light above me. I kept going.  I had to take several breaks, pressing against the wall to fight the feeling that if I leaned forward too far, I would continue to fall forever.

I arrived at the bottom chamber.  A sarcophagus sat in its center in a circle of light.  Not what I expected.  I dropped my backpack.

Two hours later I had managed to move the lid enough to peer inside.  A single object lay within.  I stretch managing to pick it up.

A deep voice spoke behind me the expanding vibration shaking me to the core.  “Do not touch that.”

My breath stuttered as I gripped my chest and vision wavered.  A dark silhouette stood just on the edge of the light.

“You scared me to death. I didn’t hear you come down.” He stepped forward. I could see his frown and the concern that laced his face.  Eyes so deep and full of emotion for a moment I felt the pain as if my heart had shattered forever.

This he said as we both looked down at my still lifeless body holding a heart-shaped stone box next to the crypt.

According to the scrolls, the gods ripped Death’s heart from his body placing the immortal organ in a special container in compassion for the task they had given him, so he would be better able to bear the sorrow of the world.

I knelt by my body.  I still could not reconcile that I lived, and Ava had died. “So, it was Ava’s time?”

“No Jazz, it was your time.  Ava made the choice.”

Grief gripped me.  I found the artifact. In spirit, I touch the metal heart. “I choose Ava.”  Silence.

“Nooooo.” I sat up holding the artifact. “I chose Ava.”

I screamed for death until I was hoarse, but The Boon was already spent.  I lived.