I began replotting my first novel in my space saga series in January 2020 with The Ninja Writers Academy. 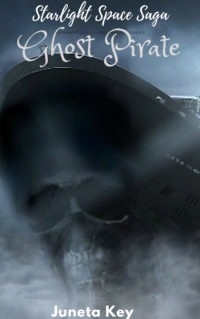 Short stories I am considering for this universe:

The Starlight Galaxy a place where fringe science, industry, and magic collide.  In a galaxy oppressed, humanitarian ideology has failed, while one man wages a hidden rebellion against tyranny, another aggressively locks down commerce tightening his control and restricting movement.

GHOST PIRATE
Family secrets tear a family apart.  One makes a choice to fight back in unexpected ways.

A kidnapping unites siblings set against each other.

A bind-up of my Moon Hollow stories with one new, never-before-published story in this collection. Short origin stories to the upcoming series Magic Born or Magic Cursed?

The new story, Remi and Smoak, coupled with Poseidon’s Island begin Moon Hollow’s serialized origin story. Keep on the lookout for Parts 3 and 4, coming soon for my newsletter subscribers only!”  Find it on Amazon for . 99!

Now You Are in Trouble!: or Where did all the toilet paper go?
Anthology

13 writers in each anthology took up the challenge and let their imaginations run wild in these anthologies that are nearly-always amusing, somewhat insightful, and completely irreverent as we imagine the gods of yore in retirement.  Different tales of deities that are retired, reborn, waning, or AWOL from their assigned posts as they hilariously navigate life, death, and everything in between.
Grumpy Old Gods Volume 1, 2 & 3 Available Now!

The Grumpy Old Gods are back in a delightfully spooky edition, volume 3. Sometimes poignant, sometimes funny, almost always grumpy, cranky, or cantankerous, these modern renditions of aging gods and goddesses will enliven the season and leave you wanting more.
Available Now on Amazon!

Read all the BLURBS together here

Released April 30, 2019
What happens when gods wane, retire, or just decide they need a change of employment?

13 writers took up the challenge and let their imaginations run wild in this anthology that is nearly-always amusing, somewhat insightful, and completely irreverent as we imagine the gods of yore in retirement. Volume 1
Available now at Amazon!

Death’s FA can’t catch a break; the head reaper himself has gone AWOL and someone placed an ad in the Paranormal Chronicles implying that the position was open! Now Alister has a waiting room full of deities who are demanding to interview for the position, a position he’s fairly certain can’t be filled by anyone except Death himself!

More than 100 articles and authors with varying viewpoints, tips & information.   Something for everyone interested in writing.

Find out about the Insecure Writers Support Group and how to join HERE.

WIP Note: I am always working on one short story or another… Grumpy Old Gods or other speculative fiction shorts.

You can start reading some of my short stories on site here.